Adah Sharma on the magazine cover.

Mumbai: Adah Sharma is back in news and this time we see the Commando 2 actress over the popular magazine cover page called Fitlook. The actress had an interesting setup over the cover page where she appears zestful and charismatic. Thanks to Mohit Kathuria who owns this magazine Fitlook magazine for bringing out an interesting photoshoot of the Commando 2 actress. He has brought up the lady’s journey in the glam world with stirring amount of adventures in the recent Fitlook photoshoot.

This is is not the first time she has appeared on the cover page of any magazine cover page, we have seen her appearing on the Lifestyle magazine. However, this time she appears in a different avatar as the magazine calls her the female version of Ranveer Singh. She is seen in wizardry and magical avatar. 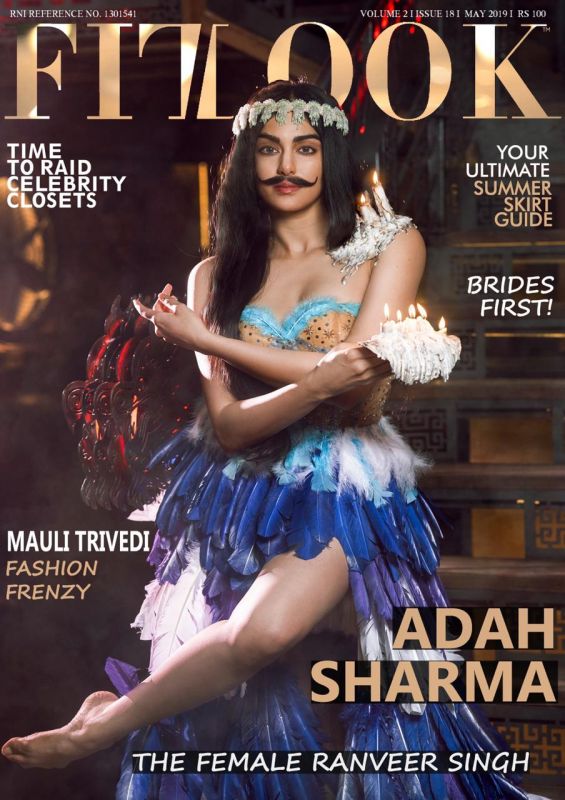 Talking about her work, she was seen last in Commando 2 opposite Vidyut Jammwal, while she is currently filming for the third part of the said franchise. She is also doingahnh couple of South Indian films including the Telugu movie Kalki along with two other Bollywood movies Man to Man and Bypass Road. If you are yet to catch her latest avatar at the Fitlook Magazine, time to check it as under and do let us know what do you feel about it. Also, stay tuned to know more about her and others only with us.