Anushka Sharma on 'Zero' sets; with husband Virat Kohli on their honeymoon.

Mumbai: Anushka Sharma, who was recently spotted cheering for her husband Virat Kohli at an IPL match, had to manage between her shoots and husband this time.

The actress is currently shooting for Aanand L. Rai’s next film ‘Zero’, which is from where she rooted for her husband.

Sharing an Instagram story of watching the match from her vanity van in between ‘Zero’ shoot, she wrote, “Go RCB Go, Come on boys!! Match viewing from vanity van cuz work.” 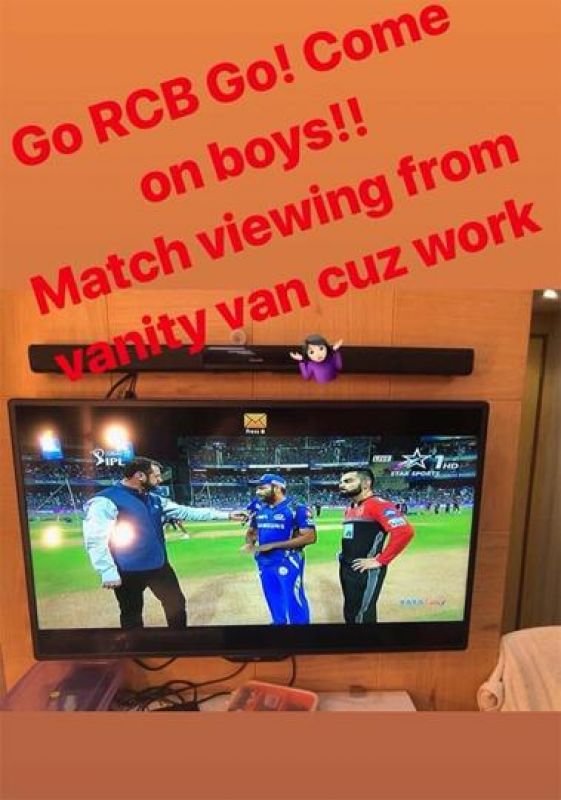 Despite Virat’s team losing the match, the captain himself emerged as the highest scorer in the ongoing season with a total of 201 runs in four innings at an average of 67 and a strike rate of 143.

Anushka and Virat got married in the month of December last year in a private ceremony in Italy.

■Anushka Sharma all set to tickle your funny bone next?
■Anushka Sharma to be awarded with Dadasaheb Phalke for making mark as producer
■Watch: Anushka Sharma promotes road safety, Varun Dhawan teams up too
■Nayanthara in Anushka’s Pari remake?