Adnan had reacted to the burning Snapchat controversy on Twitter.

Mumbai: Adnan Sami has often courted controversy on his Twitter feed, by voicing his opinion.

Innumerable members of the Pak Twitterati have often mercilessly trolled the singer, an erstwhile Pakistani national, for changing his nationality to Indian.

Recently again, after Snapchat CEO Evan Speigel allegedly said that Snapchat is not meant for 'poor' countries like India, Adnan took to Twitter to express his displeasure.

This was followed by an influx of tweets calling him out on supposed sycophantic ways by the Pakistani Twitterati. 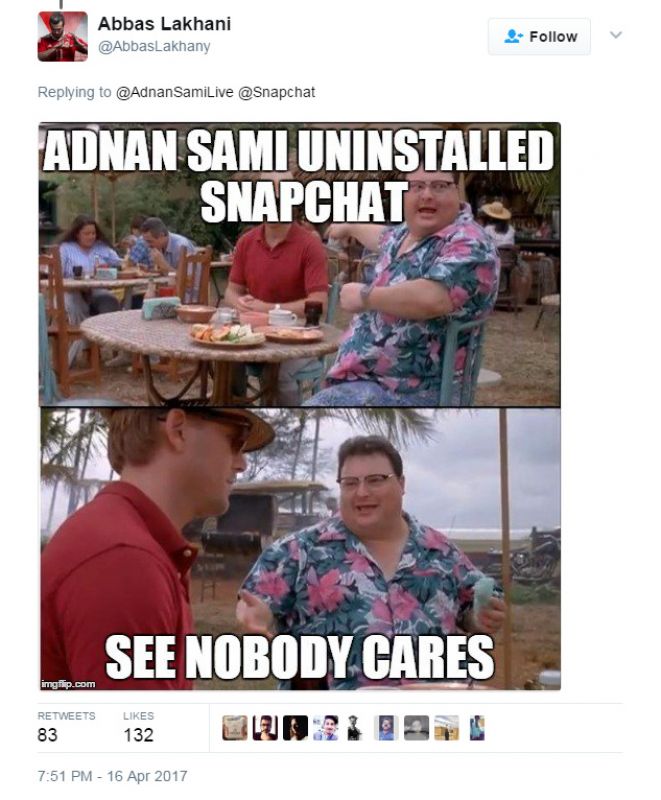 However, Adnan being the blunt man that he is, reacted to the trolling and shut them up in his inimitable way. 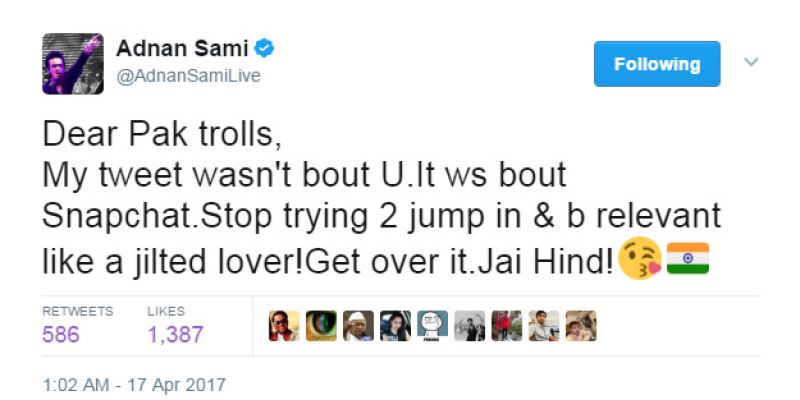 Well, that should be the big mic drop moment on this, we guess.