I light an aggarbatti, salute the spirit of India: Pooja takes a jibe at Sonu Nigam

Unlike Sonu, Pooja Bhatt finds the sound of it blissful.

Mumbai: Sonu Nigam is known for being vocal and outspoken about his likes and dislikes. The singer has often been credited for being adequately candid but also been called out for his bluntness.

And now, Sonu has once again courted controversy, this time walking a decidedly thin line.

Sonu, who got woken up by Azaan, a religious call for prayer of the Muslims, took to Twitter were he shared your irritation over the loudspeakers blazing the prayer every morning.

In his tweet, he criticised the practice of religious sects and organisations for playing the prayer on loudspeakers. 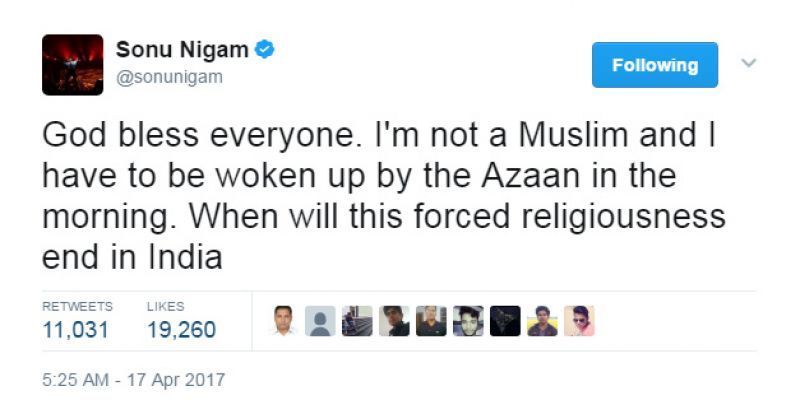 As Sonu Nigam trended on Twitter, everyone had an opinion on the issue. While few agreed with Sonu, many bashed him for his views as well. One of such people was Pooja Bhatt, who found the sound of it blissful and wrote on her Twitter handle, “I wake each morning to the sound of church bells & the Azaan in a quiet by-lane of Bandra. I light an aggarbatti & salute the spirit of India.”

However, even after facing the wrath of people on social media and being the subject on everyone's criticism, Sonu Nigam is still standing by his azaan tweet and has asked for a ban on loudspeakers in mosques and temples.