Kareena nuzzling her baby, Prince Taimur Ali Khan, is by far the cutest thing ever!

Mumbai: A fine blend of parents Saif Ali Khan and Kareena Kapoor Khan’s good looks and innate classiness is Prince Taimur Ali Khan. The royal baby, who became an internet sensation right after his birth on December 20 last year, seems to be having a gala time with his mother.

Ever since the birth of her baby boy, Kareena cannot stop gushing over the newborn’s gorgeous looks. Bebo, who has been active in the social circuit both pre and post maternity, took her son for a nice little ride earlier this week. Tamiur, all curled up in his nanny’s lap, threw the paparazzi into a frenzy and social media users could not help but admire him.

Today, one of Kareena’s fan accounts, named ‘kareenax’, has posted a picture of the actress nuzzling Taimur’s hair while her munchkin giggles away. 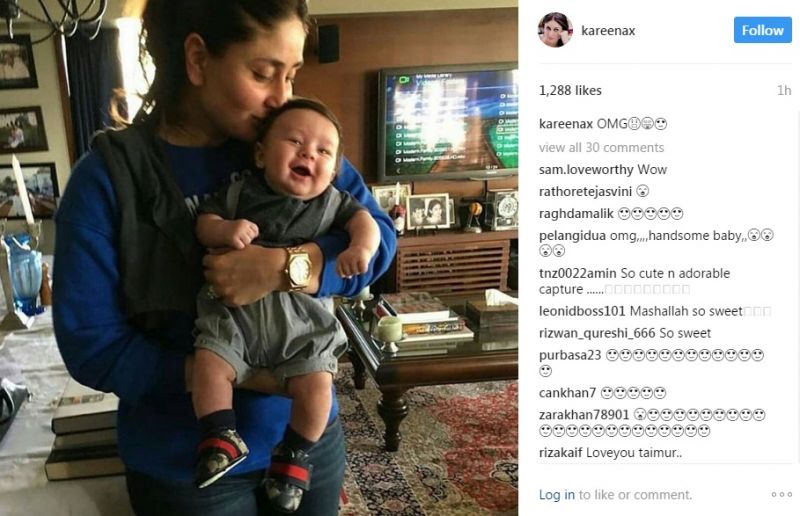 How adorable are this mother-son duo!

■Pics: Kareena Kapoor takes her adorable son Taimur Ali Khan for a city tour!
■Exclusive: Saif and I have allotted dates on who'll be with Taimur, says Kareena
■Here's the first glimpse of Saif and Kareena's blue-blooded baby prince Taimur