Mumbai: After a big fat Indian wedding in Udaipur on February 9, Neil Nitin Mukesh and Rukmini Sahay hosted a grand wedding reception here last night, which was attended by the who's who of Bollywood.

Dressed in Manav Gangwani attire, Neil and Rukmini chose to be colour co-ordinated and looked like a royal couple.

While the D-day was a family affair, with only close friends invited, a galaxy of stars including Salman Khan, Iulia Vantur, Rekha and Katrina Kaif turned up for the reception to bless the newly wedded couple for the start of their new beginning.

Clad in an all-black suit, Amitabh Bachchan walked in with wife Jaya Bachchan, who wore a pink and red traditional sari.

Also attending the event was the evergreen diva Rekha, who looked ethereal in a golden-yellow sari. 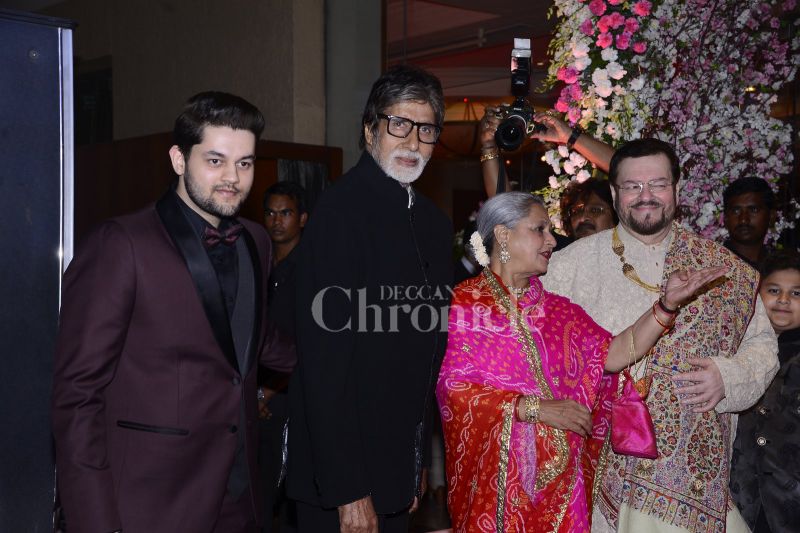 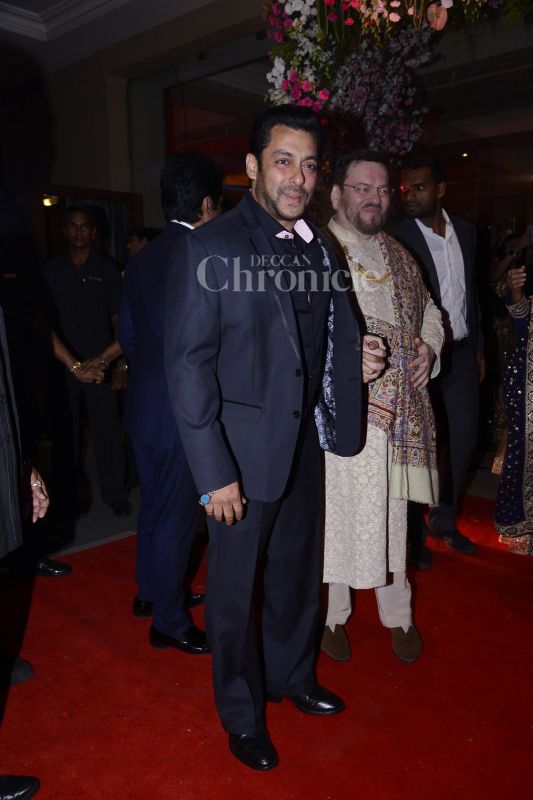 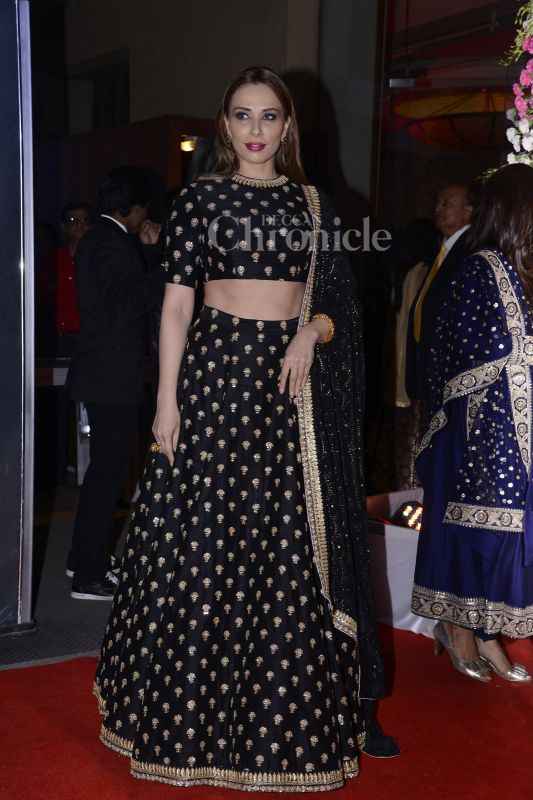 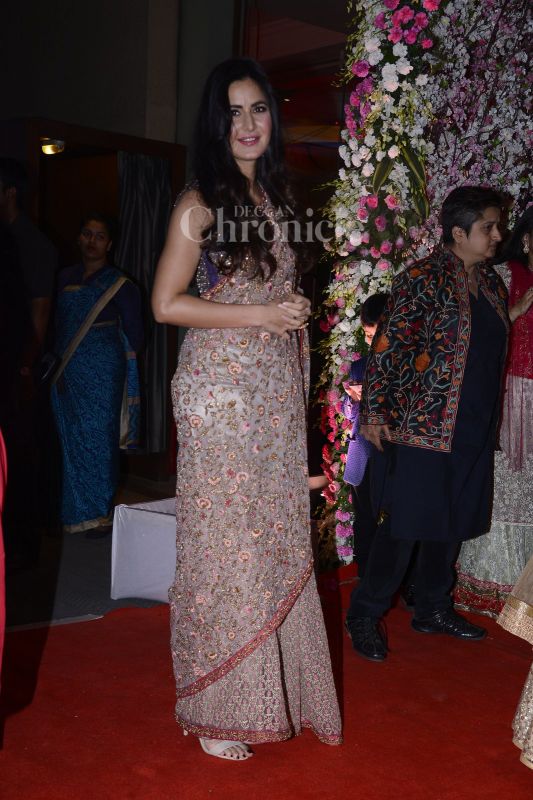 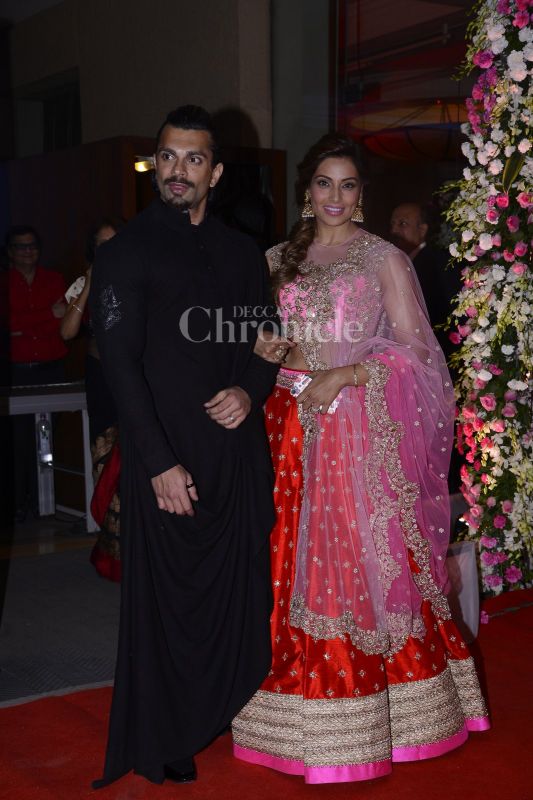 The 'monkey-couple' of B-town, Bipasha Basu and Karan Singh Grover, looked lovely as they posed for the shutterbugs.

Considering Neil's family has been in the industry for more than 50 years now, the guest list was sure to be humongous.