The incident took place around 3.30 pm near Khalapur, over 60 km from Mumbai, when the car in which she was traveling rammed into a truck. (Photo: File)

Mumbai: Actress Shabana Azmi and another person were injured in an accident on the Mumbai-Pune Expressway in Maharashtra's Raigad district on Saturday, police said.

Shabana Azmi was rushed to MGM Hospital in Navi Mumbai and was said to be out of danger. Her husband and lyricist Javed Akhtar, who was traveling with her, escaped unhurt.

The incident took place near Khalapur, over 60 km from Mumbai, when the Tata Safari car in which they were travelling to Pune rammed into a truck, said Raigad superintendent of police Anil Paraskar.

A local police official said the car driver was apparently trying to overtake another vehicle and rammed into the truck in the proces.

One more person who was travelling in the car sustained minor injuries, he said. His identity was not known yet.

Shabana Azmi's spokesperson said the actor was undergoing a check-up. "She is fine, nothing to worry about," the spokesperson added.

Azmi is known for her path-breaking roles in films such as Arth, Ankur, Paar, Masoom and Godmother. 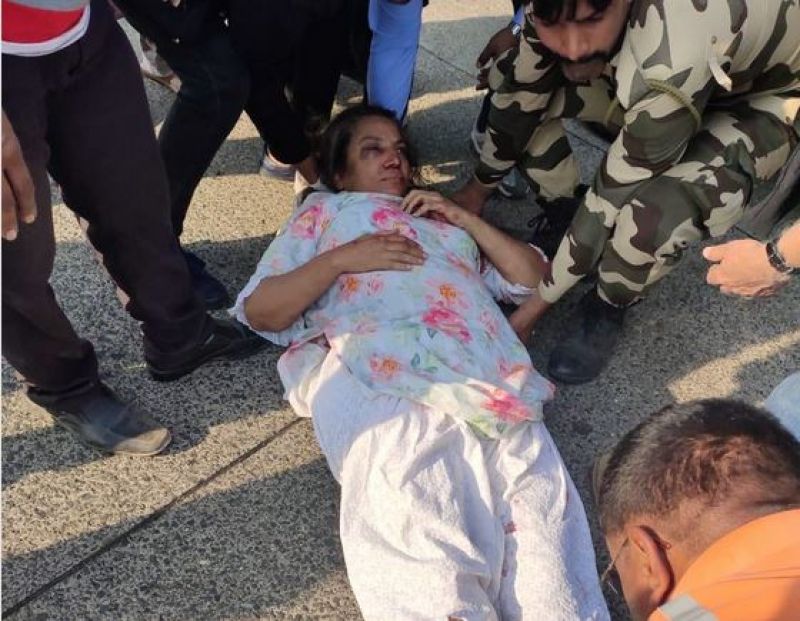 Shabana Azmi met with an accident on Saturday. (Photo: Twitter)