Karan is in the Swiss Land to attend the World Economic Forum.

Mumbai: Karan Johar has been in the news for the sensational revelations made in his biography, 'An Unsuitable Boy,' and social media has been unable to get enough of him.

The ace director, who last helmed the successful 'Ae Dil Hai Mushkil,' has also been much into his usual business in the latest season of his much appreciated celebrity chat show, Koffee with Karan.

KJo had also got invited invited to the World Economic Forum in Switzerland, after such legends as Amitabh Bachchan and AR Rahman.

After Shah Rukh Khan launched his biography, Karan flew to the Swiss land right away to attend the event.

And believe it or not, he was hanging out with none other than George Clooney. 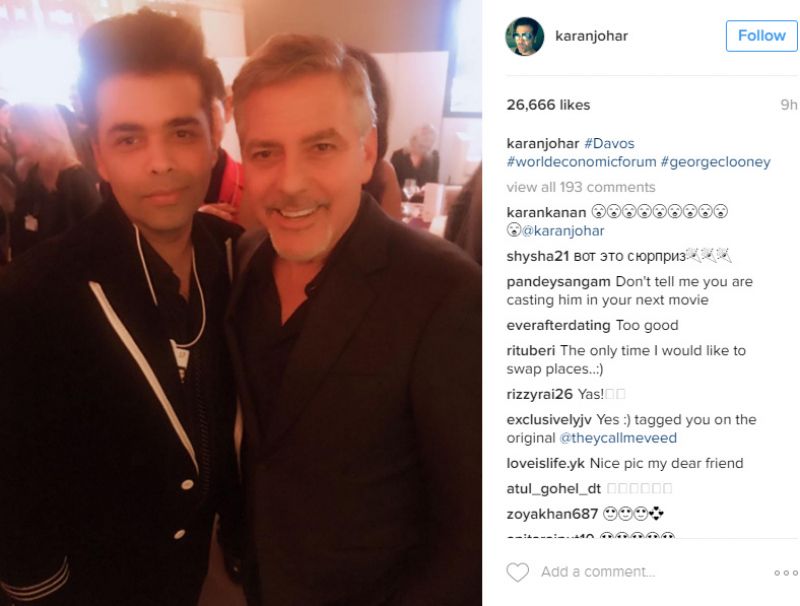 George and wife Amal, a human rights lawyer, are in Davos. The couple, who were also attendees at the Forum, met Syrian refuges and heard their tales.

Karan, who's yet to commence work on his next directorial, is going international and how!