Shah Rukh Khan in a still from his last film.

Mumbai: Shah Rukh Khan has thanked director Ashutosh Gowariker for helming the 2004 critically acclaimed film Swades, which featured the superstar in the lead role. As the film clocked 12 years today, the 51-year-old actor posted a sweet message on Twitter, praising the entire cast and crew of the movie.

“Yeh jo Des hai mera Swades hai mera… Can’t thanks Ashutosh enough for such a lovely film. Whole cast/crew had such faith in goodness and Indianness,” he wrote. Swades, inspired by a true story, was a remake of Kannada movie Chigurida Kanasu with Shiva Rajkumar in lead role. 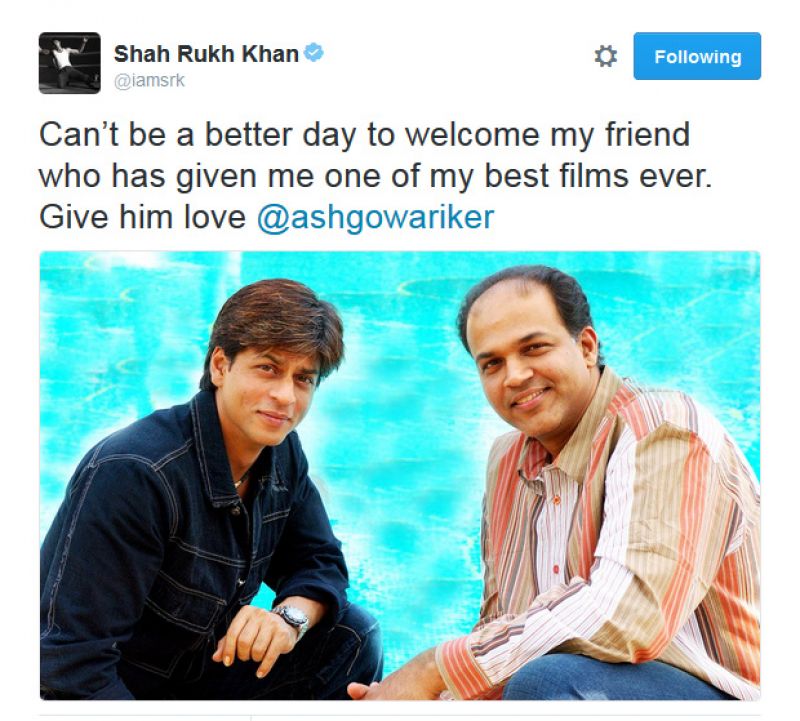 Meanwhile, Shah Rukh Khan’s Red Chillies and internet TV network, Netflix have inked a long-term deal that will give the web streaming giant’s more than 86 million viewers exclusive access to Bollywood superstar’s upcoming as well as past films.

It is first of a kind deal between Netflix and an Indian production house and the first title that will come on Netflix is Dear Zindagi, which was released theatrically on 25 November.

The agreement between Netflix and Red Chillies Entertainment (RCE), will also give its members both in India and around the world exclusive subscription video-on-demand access to dozens of RCE films as well as new films that will hit Indian theaters within the next three years.

“Red Chillies is surging ahead in global entertainment and for the first time, our great stories are going global on Netflix all at once and crossing all geographical barriers, waiting to be discovered over the world. No more waiting for our fans wherever they are,” Shah Rukh said in a statement.