Travelling solo and loving it

The film Queen took protagonist Rani — played by Kangana Ranaut — and its viewers on a fun journey through Paris and Amsterdam. In the film, Rani refuses to let her honeymoon tickets go to waste and embarks on a solo trip that transforms her life. We see a similar narrative in the film Jia Aur Jia, where two female protagonists — played by Richa Chadha and Kalki Koechlin — set off on a road trip that inspires them to live life to the fullest. The results of an online survey conducted recently, mirror these cinematic narratives. In the survey, out of the 1000 respondents, 70 percent of women prefer to travel solo.

Admit it, ladies! Even after having some of the best people in your life, every once in a while, you crave to shun your daily routine and escape away to find yourself amidst nature and fall in love with yourself all over again. The answer to such cravings is a solo travel trip. You’re never too old to take off on a solo trip to see the beauty of the unexplored world, to meet new people, experience new cultures and of course make some priceless memories.

Given the issues surrounding women’s safety, at a time when almost every place is regarded as unsafe, safety should be a priority when travelling alone. Actress Gul Panag, who packed her bag for her first solo trip to Europe in 2001, says she realised the importance of spending time with one’s self and de-stressing. And since then, London, Paris, Goa and Bangalore have become her favourite destinations. 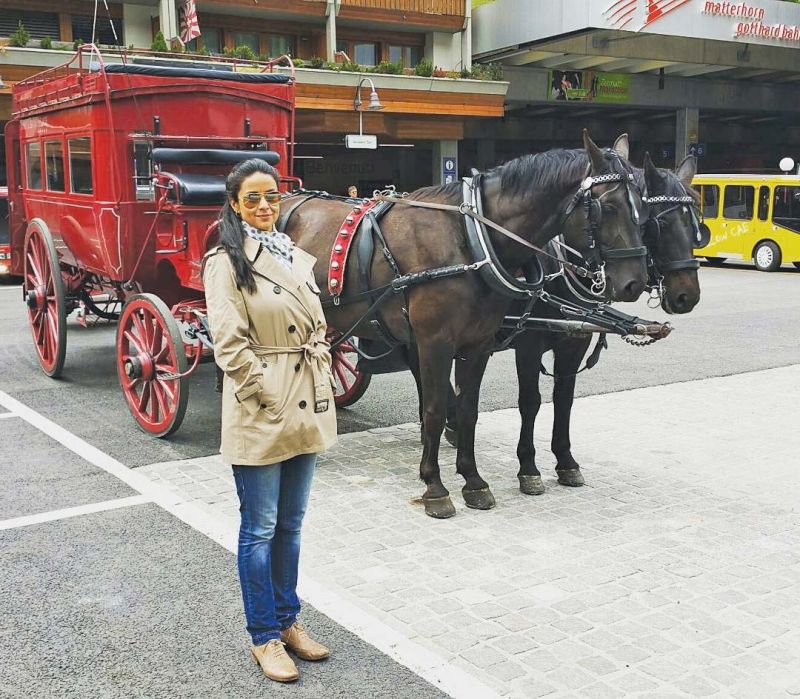 For her, travelling to a known place comes with fewer challenges. As she says with a known place you have everything at the back of your hand and this offers a great degree of comfort. “A familiar place can help you literally unwind. Besides you have familiar visuals.” Solo trips are therapeutic because they rejuvenate you. However, choosing the correct location for your stay is equally important. “It’s good to be at an organised place, which is not far from the city. It should have a smooth transportation option,” says the actress, adding that for her the beauty of a solo trip is having her logistics sorted out “unless it’s a solo adventure.”

Similarly, for actress Tannishtha Chatterjee who went on her first solo adventure, when she hitchhiked a truck on the highway with a female friend. Though she doesn’t recommend the same, given the present unsafe conditions for women. For her, solo trips are all about exploring public spaces and being safe, and returning before it’s dark outside. “I keep my solo trips very casual, public transport makes for a safe deal,” says Tannishtha. Gul too offers a note of caution, “Women walking around alone are a soft target anywhere, and so it’s better you not take a chance.” She also adds that women should listen to their sixth sense when travelling alone. Tannishtha too agrees, saying, “your sixth sense helps a lot when you travel alone.”

Another aspect of assuring your own security is by doing thorough research of the place you will be travelling to. Masaan actress Shweta Tripathi, who travelled solo to Chicago and New York, ensures that she keeps a track of her location on her phone. “I note the number plate of the cab too or take public transport,” says Shweta. For her, travelling solo helps her connect with herself and reduce dependency. “You are master of yourself and can take your own decisions,” she adds.

Rajshree Deshpande, who perfectly portrayed her rather bold character in the Sacred Games, enjoys travelling solo too and keeps it as simple as possible. “Travel for me is like mixing with a new environment and people,” says the actress. She also shares her travel preferences, and mentions that she loves sitting in a small café for hours, exploring the lanes of the city, or talking to locals to know more about the place.”

On the other hand, actress Aahana Kumra who has explored most of the Asian countries on her solo trips feels that those travels have helped her become disciplined and independent and she hardly finds the need for a travel buddy. “You learn to take decisions when you’re stuck in certain situation, and you plan things beforehand,” says the Lipstick Under My Burkha actress. Adding that analysing situations on her own has helped her evolve.

While travelling solo to foreign lands may be an easy task for celebrities, for an average person it may come with a hefty price tag. However, sometimes celebrities too have their solo trips planned on a tighter budget. “I choose moderate hotels, not so expensive, though I make sure I stay at a place which is highly recommended,” confirms Gul. Similarly, Aahana adds, “I do solo trips just like other solo travellers and stay in hostels and use public transport.”

Being public figures, they also have other challenges, like fans trailing them on the streets. But these divas swear it is a part of their solo fun. “I don’t carry my status everywhere. Even if people approach me, I would respond to them normally,” says Rajshree.  For Shweta, fans across the world make her trips easier by suggesting places to visit online. “They see my posts online and start recommending places to explore, so it’s a great help,” she adds. Though it’s also true that these ladies don’t travel with perfectly blow-dried hair and full-blown makeup. “I never think about the celebrity part. It’s difficult to constantly think about it,” asserts the actress, adding that solo travel is ideal when you want to take a break, explore, learn and widen your horizons and when “you want to introspect and reflect,” she says in conclusion.