Real to reel: Sridevi to play Janhvi’s mother in her debut film Dhadak?

Sridevi and a poster of 'Dhadak.'

There is a strong buzz around  Karan Johar’s production house that Sridevi is likely to make  a cameo appearance in her darling daughter Janhvi’s  debut film Dhadak. The first look of the film was released by Karan Johar on Wednesday.

Says a source close to the development, “The role of the girl’s mother in this film is brief but very important. And the  woman must look graceful, dignified and be able to express her love for her rebellious daughter and be able to stand up for her  against the father, who is vehemently opposed to her  daughter marrying a boy from a socio-economically backward section. Srideviji will add a completely  new dimension to the plot.”

While the actress’ yes is awaited, we can safely say that  Karan Johar’s take on Manjul Nagraj’s Sairat will be be very different  from the original. 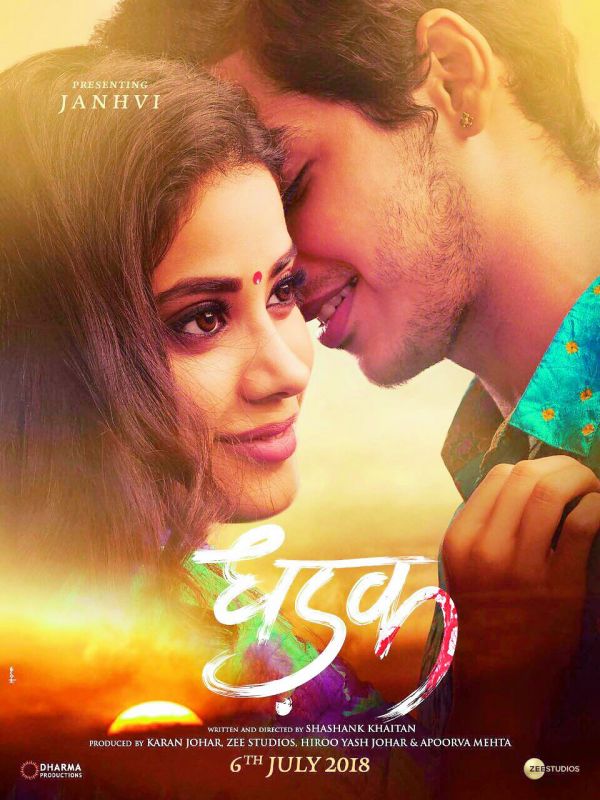 Janhvi and Ishaan in a poster of Dhadak

Says a  source in the know, “Karan Johar has selected Shashank Khaitan to direct Dhadak because Khaitan  understands small town romances. He has done it in Humpty Sharma  Ki Dulhaniya and Badrinath Ki Dulhaniya. Karan wants the rich-poor romance to remain. And the small town setting would remain as well. However, the look of the film would be upscaled drastically. The original Marathi film had two working class newcomers who played youngsters from villagers. Sridevi’s daughter can’t be launched like Rinku Rajguru in Sairat. Sridevi and Boney Kapoor wanted a glamorous, lavish launch for their daughter. They were very clear on that.”

Anushka’s guide to be stress-free