My husband and I are heading for divorce: Soundarya Rajinikanth

Mumbai: Rumours had begun floating around regarding apparent distress in Soundarya Rajinikanth’s marriage. People had been speculating that the youngest daughter of superstar Rajinikanth and husband Ashwin Ramkumar were headed for splitsville.

Giving credence to the story, Soundarya took to twitter to announce the same and urged everyone to give her the privacy she deserves. 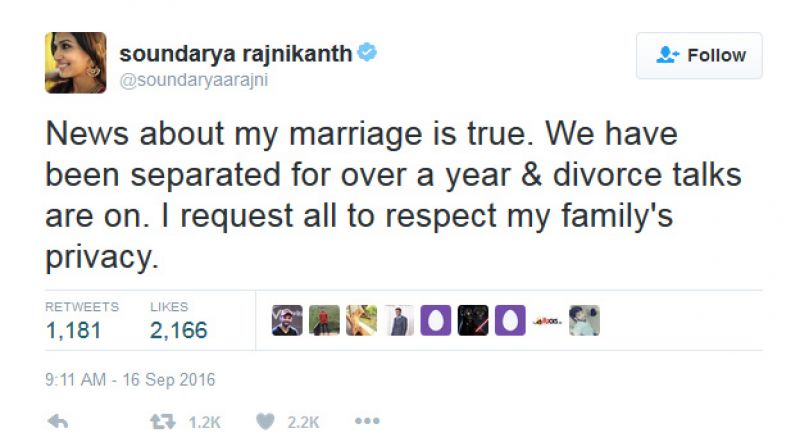 Soundarya and Ashwin had got married in 2010, and have a one-year-old son.

Soundarya, a graphic designer by profession, has worked on films like ‘Baba,’ ‘Sandakozhi,’ and ‘Sivaji’ amongst others. She is also the founder of Ocher Pictures.