I’m a Punjabi and I won’t let them down: Varun Dhawan

Even as the Udta Punjab controversy goes into another loop with the entire film being leaked online just two days prior to its release, there’s another film that has been found fault with for ‘objectionable’ content.

The Delhi Sikh Gurudwara Management Committee (DSGMC) saw a glimpse of Jacqueline Fernandez dancing in the latest song of Dishoom and the visual has not gone down well with them. They have objected to the use of the
kirpan (knife with curved blade) in the song and have reportedly sent a letter to CBFC chief Pahlaj Nihalani asking him to remove the song from the film. In the song, the kirpan, which is a holy symbol of the Sikhs, is seen tied around Jacqueline’s waist. 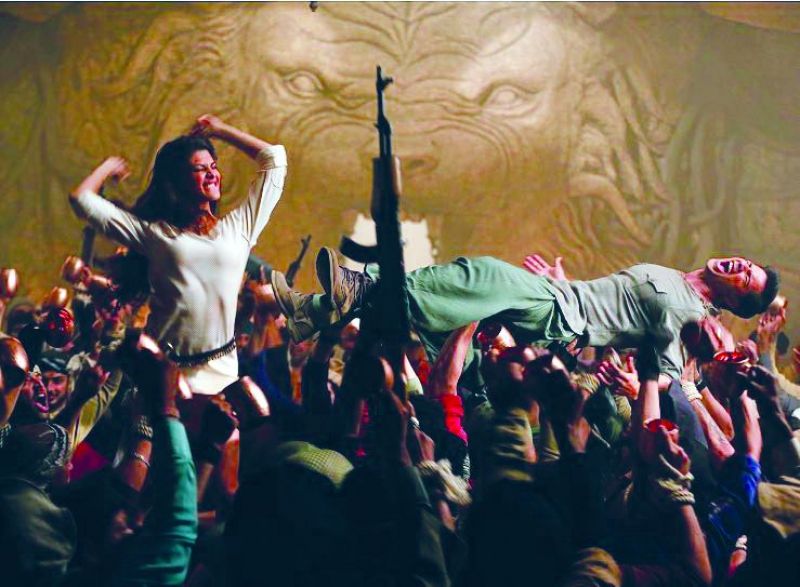 A still from the song

The film’s team has a different take on this. When asked about it, Varun Dhawan, who plays the lead in the film said, “I am a Punjabi and so is my
brother Rohit. I respect my culture and my people and I won’t let them down. Rohit and I would never do anything like that. What you see in the song is not a kirpan but an Arabic dagger as the song was shot in Morocco. We can show it to you, it must be still lying in our storage box. This is a misunderstanding.”

It's an Arabian dagger, not a kirpan: Varun Dhawan to Sikh activists

Varun Dhawan goes on a food trail to promote Dishoom