Cannes 2018 has been a special one thanks to Deepika Padukone’s pink outfit, Kangana Ranaut’s bold appearance, Sonam Kapoor going back to Cannes post marriage, Aishwarya Rai Bachchan slaying it yet again and Mahira Khan being overwhelmed.

A photo of Sonam kissing Mahira went viral, but the ‘Khoobsurat’ actress wasn’t the only one who showed some warmth to Mahira. Aishwarya Rai Bachchan too gave Mahira a warm, memorable hug, as recalled by Mahira herself.

Mahira told Mail Today, "Aishwarya came and hugged me. She gave me a long hug and I told her that it's the warmest hug anyone has given me really in a long time. So that was really sweet of her. Then we talked about our kids."

Before leaving from Cannes, Mahira shared a heartfelt post, where she said the festival has ‘a piece of her heart’ and it made her feel ‘empowered’. Read the entire post here:

Oh Cannes you have a piece of my heart! Thank you for taking us in with open arms, you were warm and generous. I wish I could pen down my entire experience but that’ll be a long love letter for another time. However there are a few things I want to relay to all of you. As I sat in the car on my way to the airport I realised that I felt more empowered than ever before. And the reason was because of the amazing women that I met over the last three days. All these talented women had one thing in common - they lifted each other up. They were supportive and kind. They had each other’s backs. And that is the only (if any) key to success. It is empowering to sit with women and speak about the lines under your eyes or how fast your children are growing up. It’s a relief when it is your first time on the red carpet with hundreds of people photographing you, to get a ‘you’ve got this’ from the girl whose done this like a dream so many times. It was even more amazing to get all these lovely msgs from my industry back home. And the best family and friends one could ask for. Aah and my fan family, how I love thee! We are nothing alone, and that is something life keeps teaching me time and again. My @seherhafeez I love you. @amarfaiz for giving it your all. @shakeelbinafzal for keeping up with the insanity and @manekaharisinghani for being there always💞 Loreal Pakistan 🇵🇰, we did it! Thank you loreal Paris for having us.. can’t wait to see you again! À bientôt, Love love love X #lorealparis #lorealcannes #lorealpkatcannes #cannes2018 Ramzan Mubarak to all✨🌙 📸 by @happymonday 💞

Sonam Kapoor, on the other hand, celebrated her marriage at the festival with her co-ambassadors. She shared some photos tagging her husband Anand Ahuja saying ‘this was for us’. 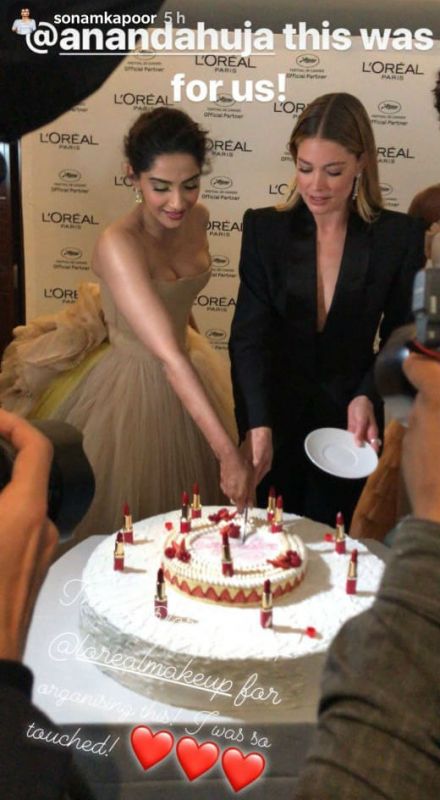 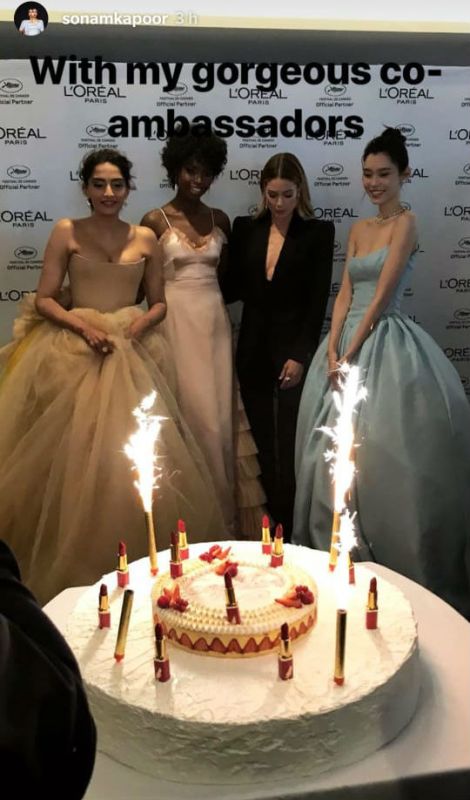 Sonam got married to Anand Ahuja at the peak of her career (post ‘Neerja’ success, Cannes and her own label). When DNA asked her about the same, she responded, "People are still asking me these questions, which is sad. I don’t know if it’s changed that much. I know that Kajol, Dimple Kapadia, Nargis, Nutan and Waheeda Rehman have continued with their career post marriage. In fact, Madhuri (Dixit-Nene) did Devdas after tying the knot. But it’s still a long way to go. And we, as women, need to come together and be stronger. The choice shouldn’t be taken away. I hope to set an example by coming straight out of my wedding and doing what I do best."

After her impressive Cannes appearance, Sonam arrived back in Mumbai also in a stylish appearance as she wore baby pink pants with a net white crop top and a jacket matching her pants. 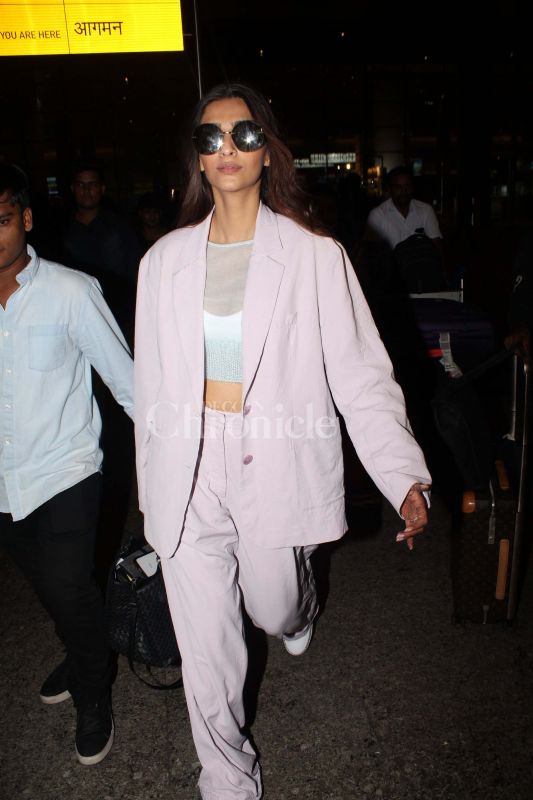 ■Clash of the siblings: Sonam Kapoor and brother to face off on June 1
■VDW gets A certificate, not before Anil, Jeetendra argued heatedly with CBFC?
■Cannes 2018 day 7: Mahira, Dhanush impress, Sonam wears Anand’s denims
■Cannes: After traditional look, fashionista Sonam is back in nude gown on red carpet