Director Deepak Tijori said, "The impromptu kiss did take Kajal in a shocking zone, and she did back off calling for a cut, but later on once I had explained to her the significance of the lip lock, she surrendered herself to the script,"

Kajal has apparently never done an on screen kiss, whether it be South films, or Bollywood. Since Deepak Tijori’s “Do Lafzon Ki Kahani” is anyways a love story Kajal was not prepared, nor aware of a kissing scene whilst they were filming in Malaysia, and it was a shock to her when Randeep grabbed her and smooched her, while enacting the scene.

Kajal and Randeep were doing a highly emotionally volatile scene between them, and Randeep being the actor breed, got carried away in the moment of the character, and just grabbed Kajal’s face, and went for the lip lock. Kajal immediately withdrew herself from the scene, and backed off. 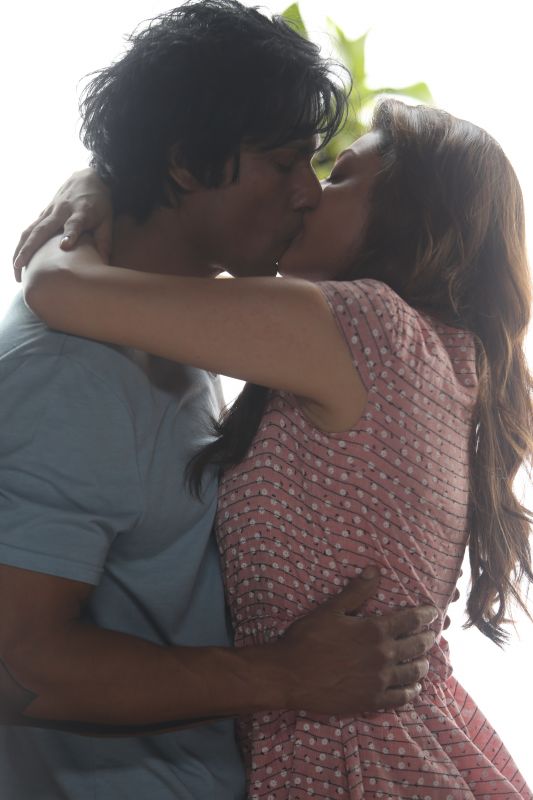 Although she did not say anything to her co-actor Randeep, keeping in mind his sensibilities as an actor, she called for a cut and just went aside. Deepak eventually had to go and pacify Kajal, where she asked him to delete the shot that was canned, and go for a clean take.

On asking Deepak he clarified “Well I do remember Kajal had told me that she does not do kissing scenes on screen, as she is a huge south Indian movie star, and this would impact her career in South movies. But let me tell you there was no intention to malign her or kiss her out of force, but it was the emotional moment between two lovers as per the script, and I generally prefer actors doing scenes impromptu, so Randeep followed the emotional quotient of the scene, and made a go at it. Sure it did take Kajal in a shocking zone, and she did back off calling for a cut, but later on once I had explained to her the significance of the lip lock, she surrendered herself to the script, and went on to do the scene with all the passion she could put in.”

It was a furious moment between Deepak and Kajal, but as they say “all’s well that ends well”, and so we finally get the South Indian queen doing her first ever Bollywood lip lock on screen.