Mumbai: Actor, producer and newly turned director Dhanush shared a vital update about thalaiva Rajinikanth’s upcoming film ‘Pa Ranjith’. The film will be produced by the ‘Thanga Magan’ actor himself.

In a quick interactive session on Twitter, Dhanush was questioned about megastar Rajinikanth’s upcoming film that will be produced by Dhanush’s production house ‘Wunderbar Films’.

The 'Raanjhanaa' actor, who is also married to Rajinikanth’s daughter Aishwaryaa, instantly replied on Twitter saying that the film will go on floors in min-MAY. 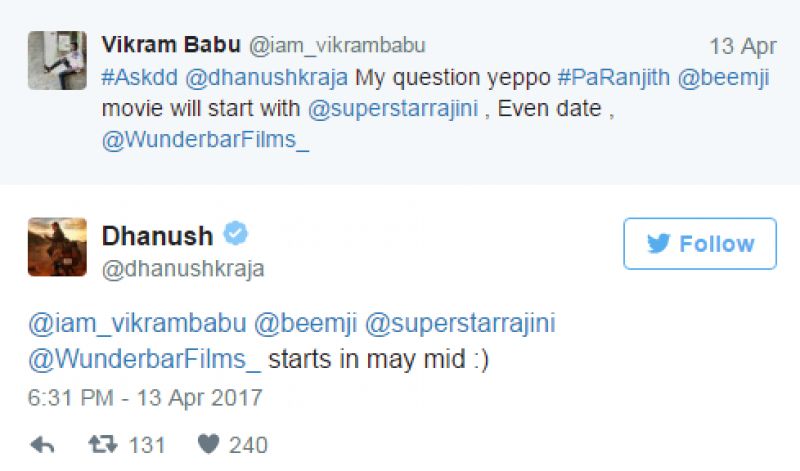 Earlier it was reported that the shooting of the film will start on April 14 that has now been delayed.