The pictures of Akshay and Radhika shared on Twitter by his fan club. (Photo credit: twitter.com/@Akkistaan)

Mumbai: After the success of ‘Jolly LLB 2’, Akshay Kumar has quickly moved on to his next film ‘Padman’ being directed by R Balki.

The film is set to be the maiden production venture of his wife, former actress Twinkle Khanna, and the superstar had shared a picture of him walking hand-in-hand with her to announce the start of the film.

The superstar started the shoot of the film with a romantic track in Maheshwar, Indore on Thursday with Radhika Apte who is reportedly playing his wife in the film. Akshay is seen taking Radhika on a bicycle ride in the rustic setting.

Several fan clubs of the superstar shared the pictures on social media which started going viral. 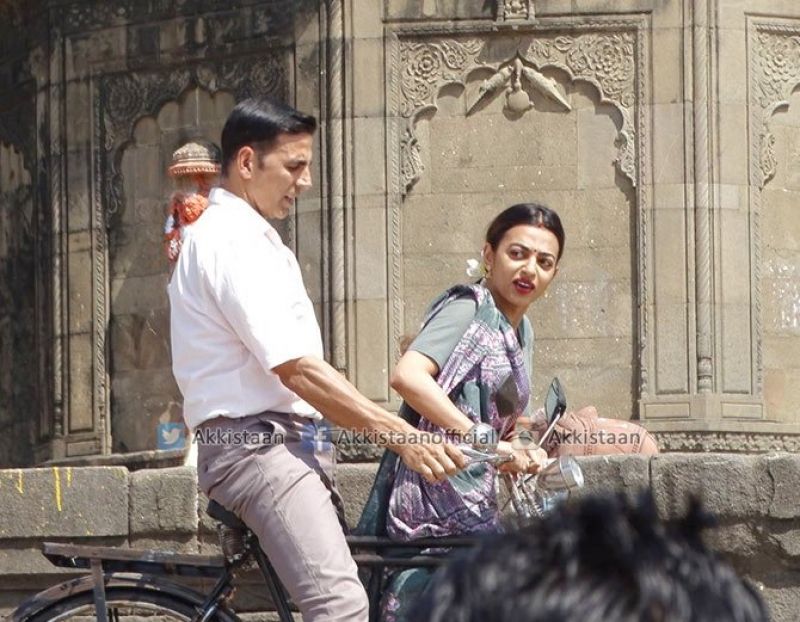 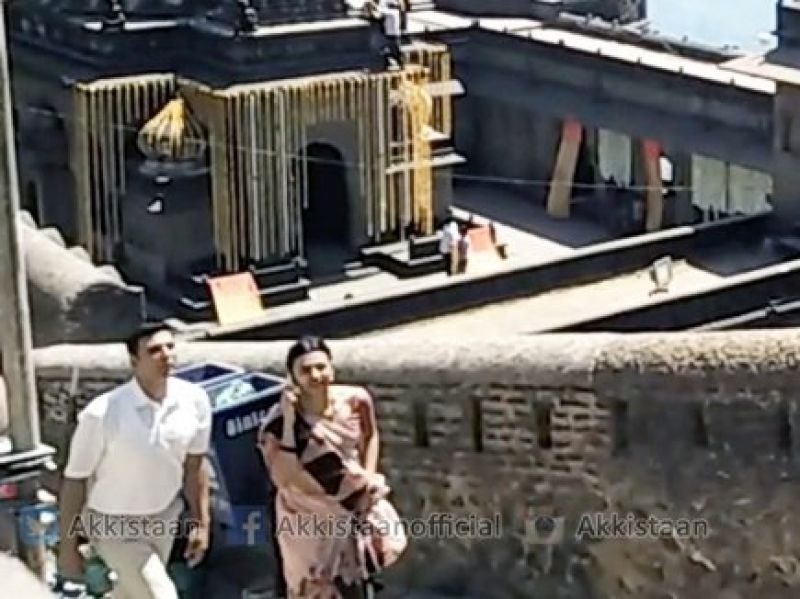 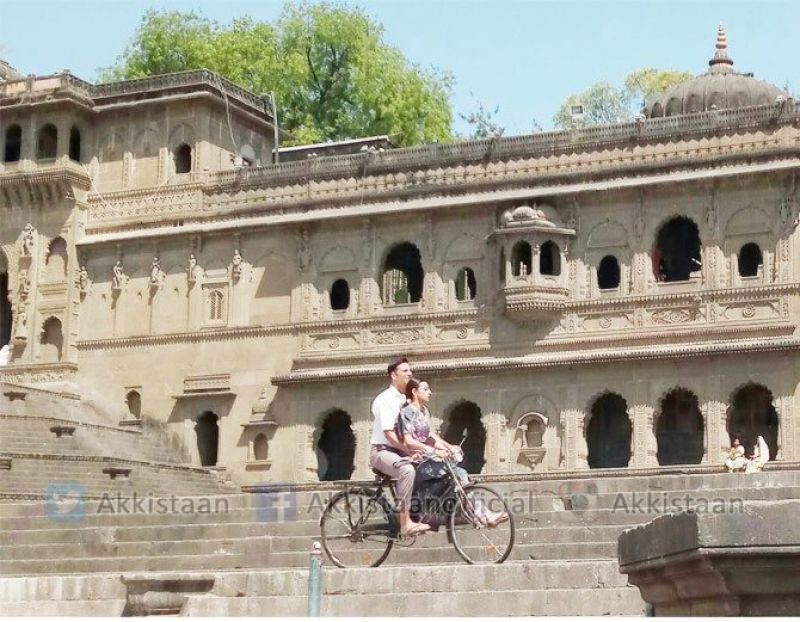 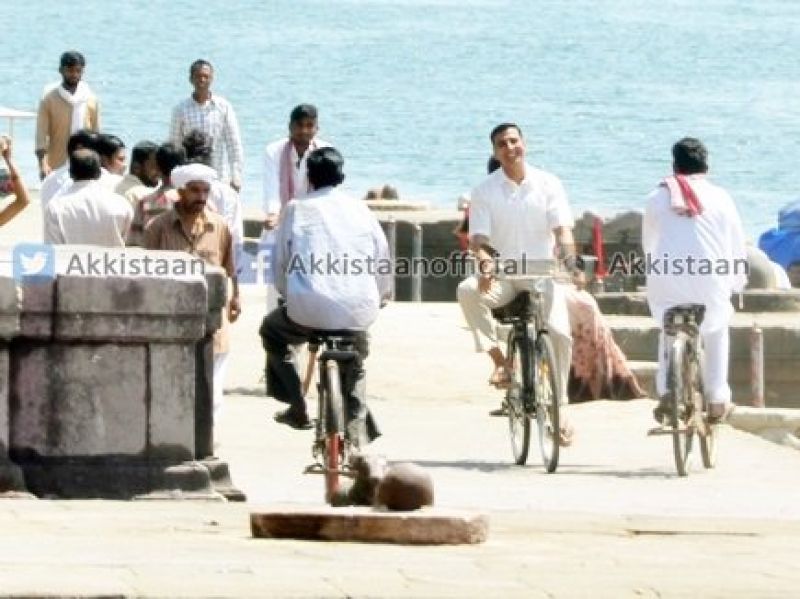 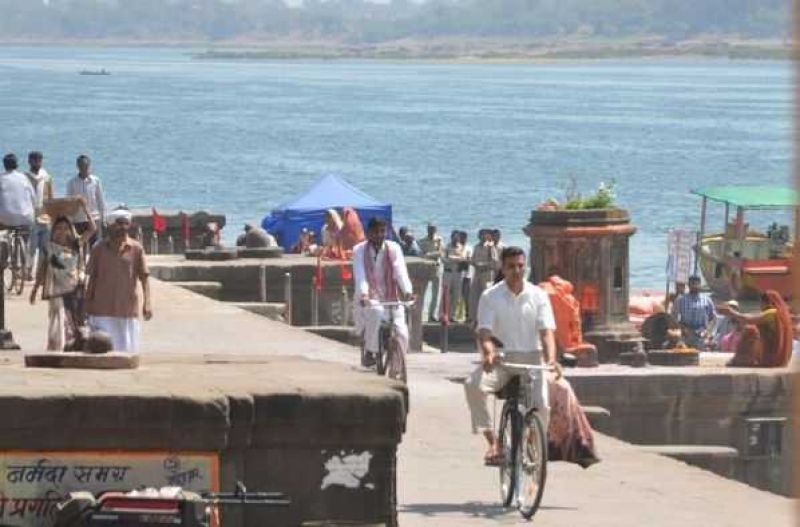 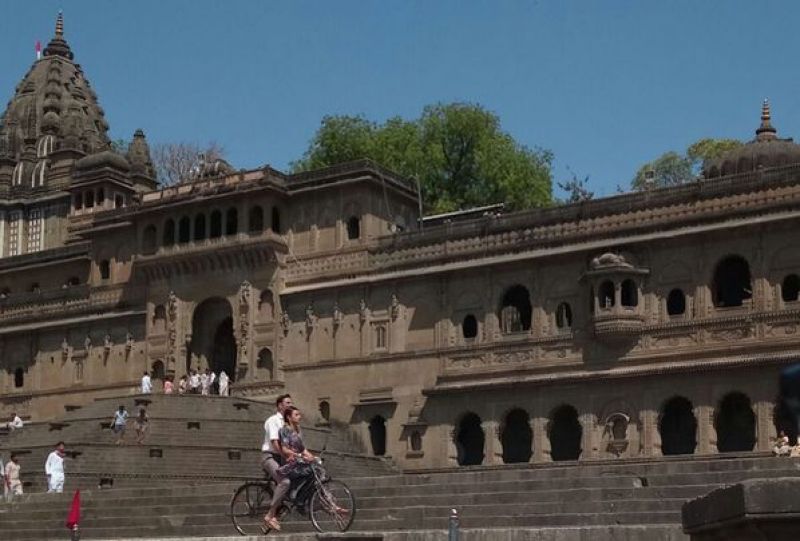 Akshay plays the character of Arunachalam Muruganantha, who is known as a revolutionary in the field of affordable menstrual hygiene, in the film.

The film also stars Sonam Kapoor in the lead and is set to release later this year.