Some of the moments Amy Jackson and George Panayiotou spent together courtesy Instagram.

Mumbai: After Shruti Haasan, another South actress has fallen in love and again it’s a British man who has stolen the girl’s heart.

Shruti’s UK-based actor-beau Michael Corsale is already a known face courtesy his famous appearance in ‘veshti’ along with her superstar father Kamal Haasan and being snapped with her mother Sarika and it seems Amy Jackson’s boyfriend could be the next to hog a bit of a limelight.

Unlike the Indo-Brit romance in Shruti-Michael’s case, there’s less of long distance here as Amy also belongs to the same country.

Amy, who will next be seen in the Rs 400-crore ‘2.0’ starring Rajinikanth and Akshay Kumar, is no longer single and we now know who the lucky one is.

The actress has been going strong for the past three-four months with UK-based multimillionaire George Panayiotou after being introduced to him by mutual friends in 2015, according to a report in Mumbai Mirror. George is the son of real estate tycoon Andreas Panayiotou and the party animal is the owner of a posh nightclub in the Queens’s City.

“After bringing in Christmas and New Year’s with family in the UK last year, Amy and George took off to Mexico with a group of close friends. They stayed at a cozy cottage in Tulum — an exotic and quaint beach town in the Carribbean islands. Two weeks later, the couple also brought in Amy’s birthday together. The love birds kicked off Valentine’s Day celebrations a week earlier with a quick trip to Canada’s snow-capped Whistler Blackcomb, a popular skiing and adventure sports destination. They stayed at a resort for three days,” a source told the tabloid.

The actress had posted several pictures allegedly with George, kissing him, embracing him tightly and enjoying the waterfront dressed in swimsuits last month, all with his back faced to the camera.

Memories to last a lifetime ✨💙

But it was only as Valentine’s Day approached that the actress shared pictures where we can clearly see the handsome man, one where the couple is enjoying skiing and his black-and-white photograph on the day of love. 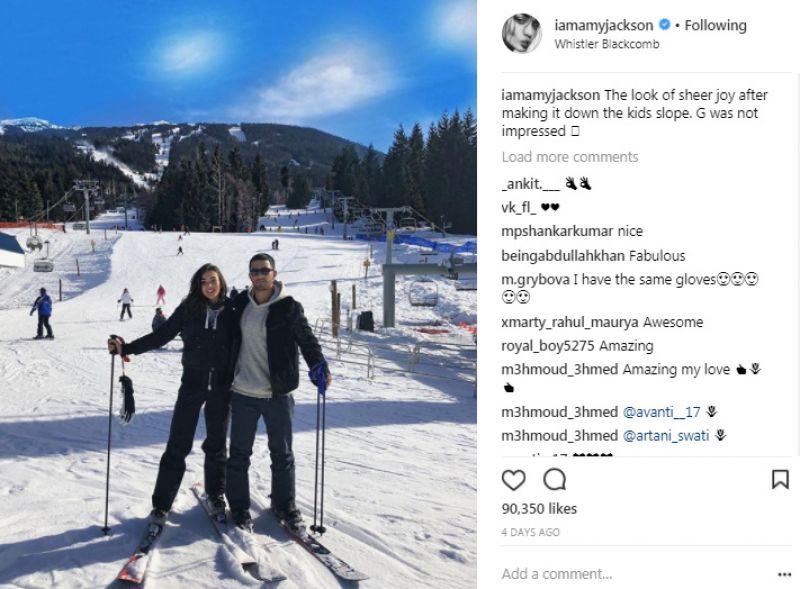 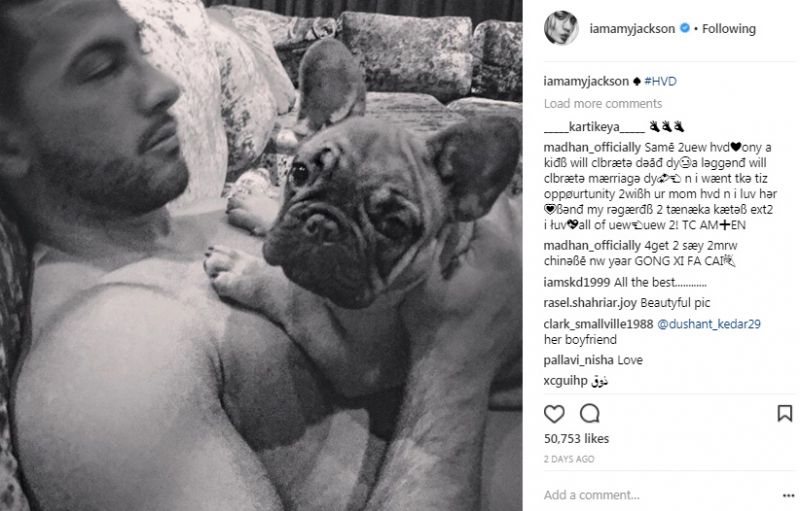 Love was always in the air for the couple and we thank Valentine’s Day for the courtship to be official.