Ayushmann and Bhumi are quite excited to work with each other, again!

Mumbai: Ayushmann Khurrana and Bhumi Pednekar, who spread their on-screen magic in the super-hit movie, 'Dum Laga Ke Haisha,' will be seen together in R.S. Prasanna’s next.

Apparently, the two had already teamed up for a movie, 'Manmarziyan,' in 2016, but due to some reason the project got canned. But fate has re-united the talented actors once again for the movie, 'Shubh Mangal Saavdhan,' which will be helmed by the south Indian director.

Ayushmann made the announcement of his next venture by sharing a picture of him and Bhumi on social media, in which he’s seen embracing her lovingly. How adorable! 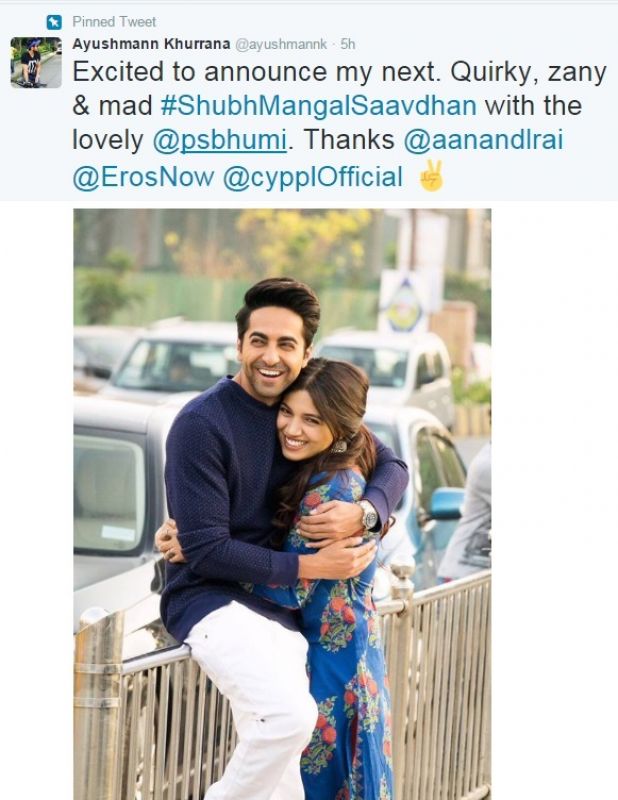 The movie is a remake of a Tamil romantic-comedy, 'Kalyana Samayal Saadham.'

‘I am passionate about my work and that transalates on celluloid’