Mumbai: After the humongous furore that had taken over social media platforms after 16-year-old Kashmiri actress met up with Jammu & Kashmir Chief Minister Mehbooba Mufti, Aamir Khan has come out in support of her.

Aamir sent out a statement, batting for his on-screen daughter. 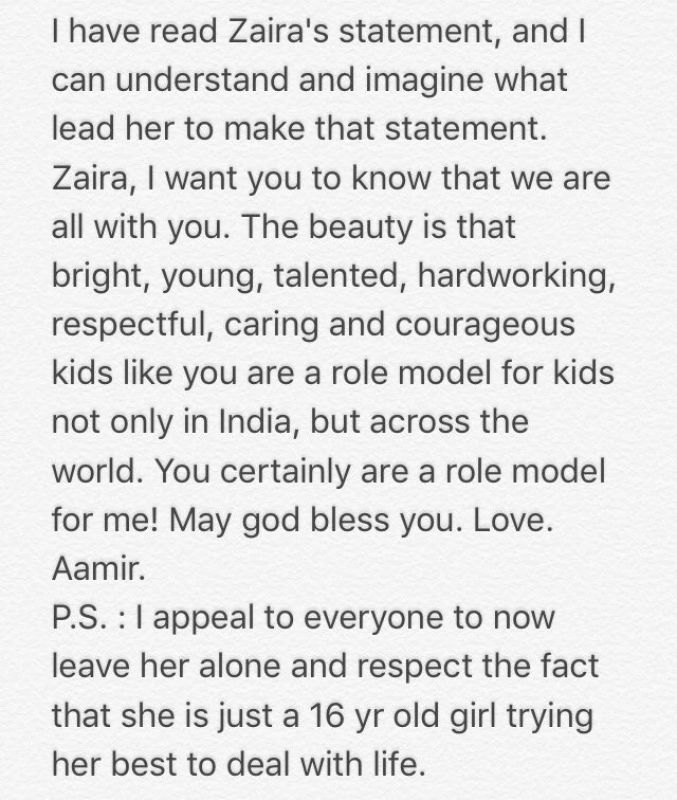 The actress had been so overwhelmed by the anger and umbrage that she ended up writing an open letter. She had profusely apologised for hurting generic sentiments and even downplayed her much acclaimed performance, calling herself not worthy of being a role model. 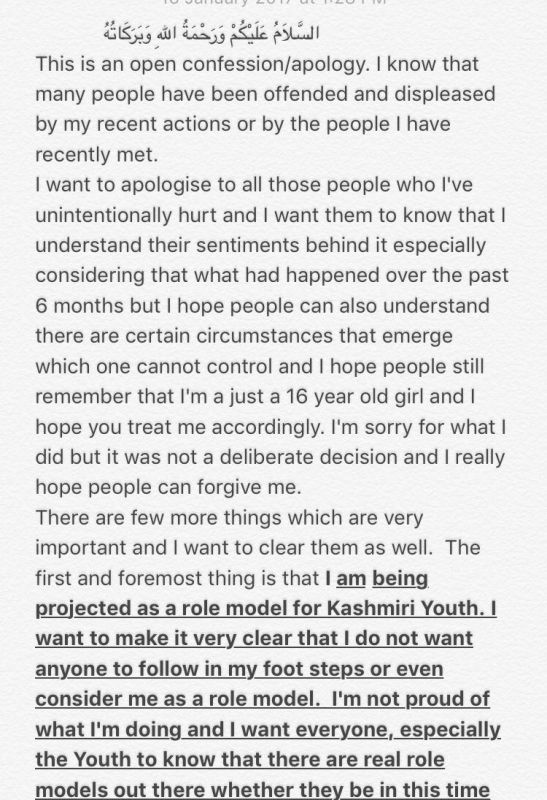 The actress ended up deleting the post ultimately, though she did get a lot of support, after she shared her apology letter.

Omar Abdullah, one of Mufti's staunchest critics, came out in support of the young girl, calling the hatred coming her way unwarranted. 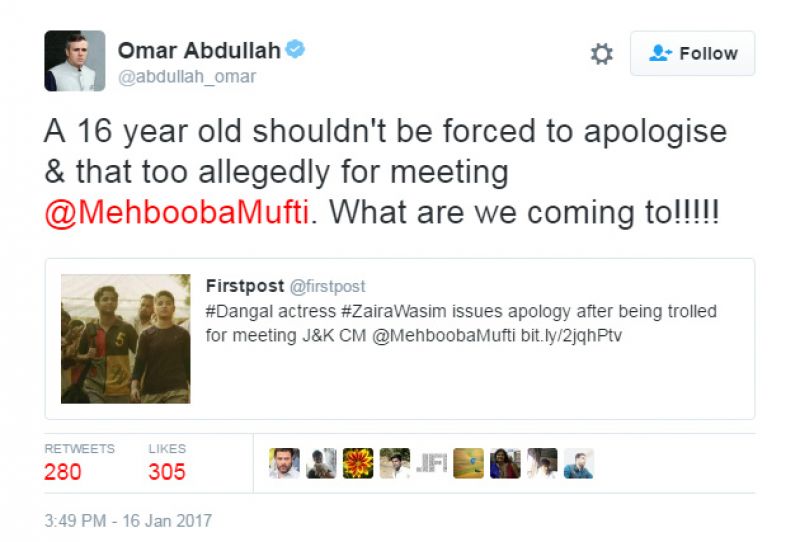 Filmmaker Ashoke Pandit also came out in support of Zaira, who'll next be seen in Aamir Khan's 'Secret Superstar'.

Geeta Phogat, whom Zaira portrayed in Nitesh Tiwari's 'Dangal,' came out in support of the youngster.

"I just want to say that Zaira shouldn't apologise. She didn't do anything wrong. Just like we have made our country proud by winning medals, she has done the same thing by playing my younger version in the movie. She did a lot of hard work for that role and she played it really well.

"I've met her so many times during shoot; she is a very simple girl... I want to say to her family that don't be afraid about anything and just don't worry. We all are with them. The entire country stands with them. She equally deserves like us and we all respect her from the bottom of our hearts," Geeta said.

Her sister Babita herself was quite vocal about her support of Zaira.

Babita also went on to emphasise on the support that Zaira has across the nation, saying, "We also reached here by facing many hardships; want to tell Zaira Wasim she shouldn't be scared. The nation is with her."

■Dangal girl Zaira writes open letter apologising for meeting CM Mufti
■Everyone has a right to say things in a democratic country: Aamir on Meryl’s comments