Mumbai: There were speculations that Nawazuddin Siddiqui will play Balasaheb Thackeray in the biopic will have a grand launch today. Much before the event, Deccan Chronicle confirms that Nawaz is indeed playing the role of the powerful Shiv Sena leader.

An insider exclusively told Deccan Chronicle, "Nawazuddin is very much a part of the film, and he has also shot a teaser for it. The actor has also used prosthetics for few scenes of the film."

Megastar Amitabh Bachchan, who has worked with Nawaz in 'Te3n', is also expected to grace the event which will be held in Mumbai on Thursday evening. But before that, here's his exclusive look from the movie: 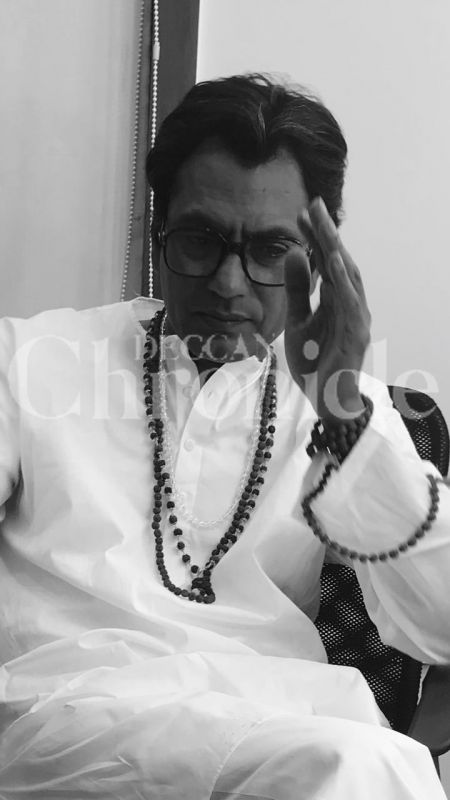 The source also revealed to us that a popular Marathi director Abhijit Panse will helm the film. He has earlier directed a Marathi crime-thriller 'Rege' in 2014.