A still from Saand Ki Aankh.

The Jio MAMI Mumbai Film Festival with Star has always championed narratives about women empowerment and gender equality. Drawing the curtain on a stellar lineup of films this year with strong women led narratives and narratives helmed by women, ‘Saand Ki Aankh’ will premiere at the festival on 24th October 2019.

The film showcases the lives of sharpshooters Chandro Tomar and Prakashi Tomar. Set in Johri village, Uttar Pradesh in the early 90’s, it depicts the journey of the two elderly women of the renowned Tomar family who defied ageism while battling a male-dominated society.They encouraged their daughters towards a bright future, wining 352 medals each in the course of their professional life.

Their extraordinary and courageous stance took their village to national and international success and fame. Chandro and Prakashi helped put their village on the map and become an inspiration for the entire nation. 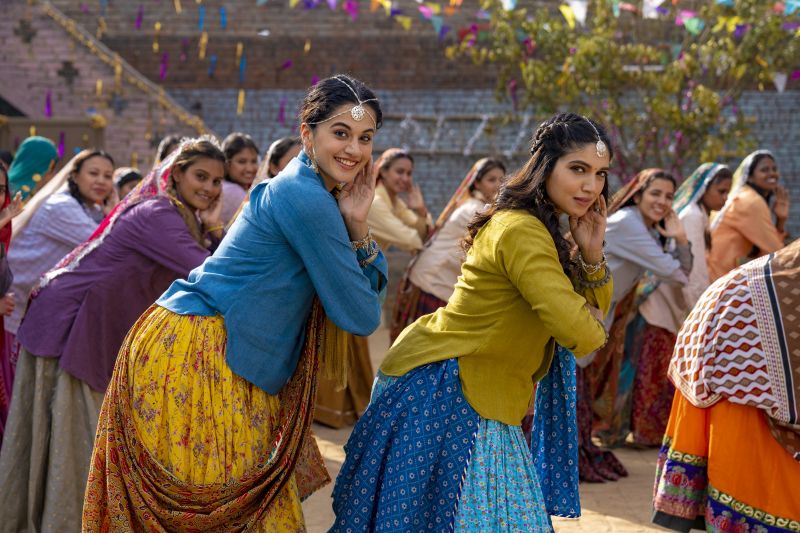 The movie features Taapsee Pannu and Bhumi Pednekar as the two protagonists in a never seen before avatar. It also co-stars producer and actor Prakash Jha along with Vineet Kumar Singh, Nikhat Khan and Shaad Randhawa.

Speaking about the film’s premiere at the Jio MAMI 21st Mumbai Film Festival with Star, director Tushar Hirandani says, "It's a matter of great pride for me and my entire team that my first directorial film will be screened at MAMI's closing ceremony. I'm positively hopeful that it will be loved by the audiences at the prestigious festival.”

Creative producer of Saand Ki Aankh, Anurag Kashyap says, "The story of Saand Ki Aankh is an inspiring one. It has the capability to change mindsets. I am glad that it got a platform like MAMI and I am excited to see people's reaction."

Shibasish Sarkar, Group CEO, Reliance Entertainment, adds, "MAMI is a great platform and we are so excited that the film has been selected as the closing film of this year's festival. The film being selected only adds to our confidence that we have a great story to tell."

Smriti Kiran, Artistic Director, Jio MAMI said, “Always ready to get behind women finding their voice and kicking patriarchy in the face. ‘Saand Ki Aankh’ is a true story. A line in the film that I think hits the spot and will find resonance with women, 'Ek baat batao tai, ki khao tum dono? Nishana bilkul seedha laga ho! (What diet are you two on? You both have a perfect aim) Gaali! (Abuses)'. Delighted that we can end the festival with an inspiring homegrown story of triumph.”

Saand Ki Aankh is set to release on 25th October 2019 in cinemas across India.