In the wake of two consecutive flops in 'Bombay Velvet' and 'Raman Raghav 2.0', Anurag came out to bat for fellow filmmaker Karan Johar, well timed to garner ample publicity.

Mumbai: Anurag Kashyap is not in the best of phases. His 2015 magnum opus 'Bombay Velvet' is counted among the biggest debacles the country has seen yet and his last, 'Raman Raghav 2.0' wasn't too well received either.

At a time when there's nothing really going for him, a public rant in favour of fellow filmmaker Karan Johar and against the Indian Prime Minister Narendra Modi would probably buy him all the publicity he needs?

Karan Johar, who's been bearing the brunt of some sections for having cast Pakistani actor Fawad Khan in his upcoming directorial, 'Ae Dil Hai Mushkil,' had been asked by the MNS (Maharashtra Navnirman Sena) to either replace the actor or be prepared to not release the film, owing to the existent tension between the two neighbouring countries post the Uri terror attack and India's retaliatory surgical strike.

Kashyap, unsolicitedly came out in support of the filmmaker, and then in startling escalation, tagged Narendra Modi in his tweets asking him why he hadn't apologised for his Pak visit in December, 2015.

Several feel the filmmaker's unfortunate and unwarranted rant hasn't helped his cause, either.

The tweets has only worsened his image and alienated him from a nation boiling in anger against incessant terror attacks aimed at the country.

However, Twitterati didn't take to this kindly, and lambasted him, rightfully enough. 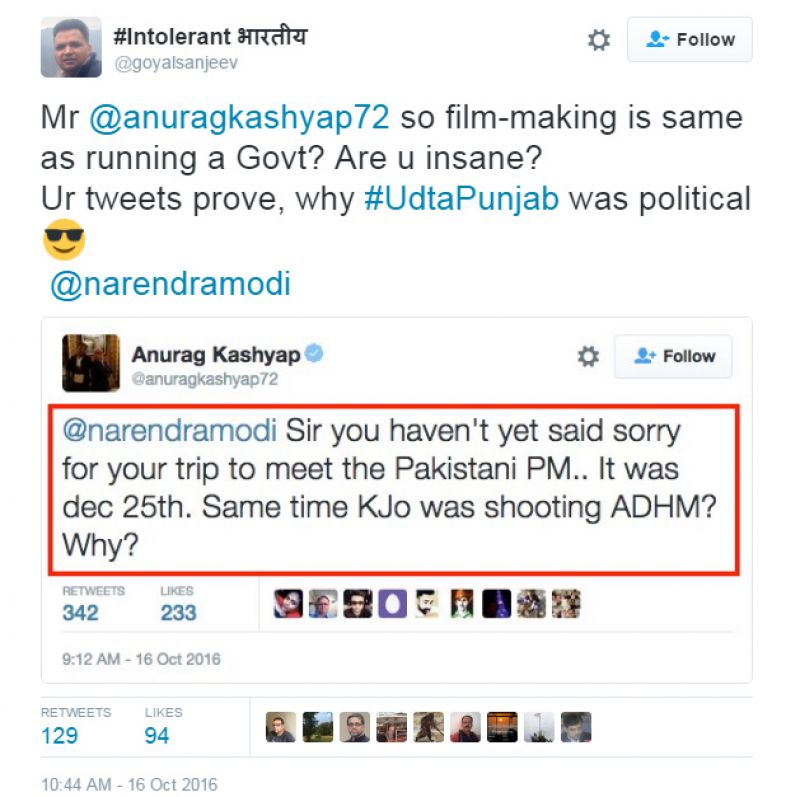 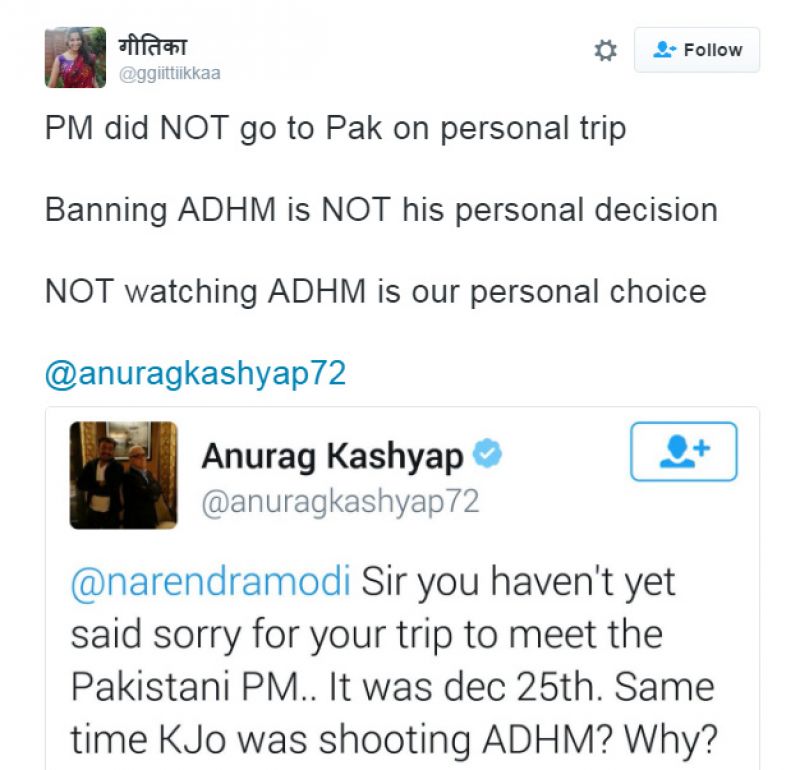 Who's Anurag Kashyap to question the country's foreign policy, anyway?