This is how the actor's private chalet looks like.

Mumbai: Popular TV reality show "Big Boss",for its tenth season, has been themed around a 'modern Indian palace' with paintings and big lanterns as the highlight of its interiors.

The 'Bigg Boss 10' house, located in Lonavala, Maharashtra, has been designed by director Omung Kumar along with his wife Vanita.

Hosted by superstar Salman Khan, this time common people will also embark on the journey alongside celebrity contestants in the house.

The house this time is more colourful and vibrant with many paintings and lanterns put all around. The colour scheme include bright and lively hues of pink, purple, gold and royal blue with some intricate and trendy designs with full-length mirrors.

According to the 'Sarbjit' helmer, the 'Bigg Boss' house this year is themed to appear as a modern Indian palace with elements of mystique that invoke sentiments like vigor and positivity. "The 'Bigg Boss' house this year has an ethereal look. The design of the house has been themed around a modern Indian palace. There is an element of Indian mystique to the decor with a lot of lanterns and earthy tones to bring a homely appeal. The house has been designed to create a balanced experience for both celebrity and common man contestants," Omung said in a statement.

A new added feature this time is a special seven-sleeper bed space created for select contestants in the bedroom and a touch of luxury has been added to the house with the introduction of a Jacuzzi corner in the bathroom.

The 'confession room' has been given a royal touch as the hot seat is an emulation of a King's throne covered in glittery gold with walls covered in deep red and rustic lamps that are suspended from the ceiling.

The garden area will have a swimming pool and gym. Also, a jail with two iron 'khatiyas' with dusty bedding has been recreated in the open area of the house for those who break the rules of 'Bigg Boss'.

Talking about the jail, Omung said, "Painted to depict a filthy appearance, the jail will be a dungeon of sorts for contestants who break the rules. There is a special Indian-style bathroom installed for the qaidis, and an earthen pot along with aluminum plates and mugs to make the entire experience more real."

While this is how Salman's private chalet looks like. Check it out! 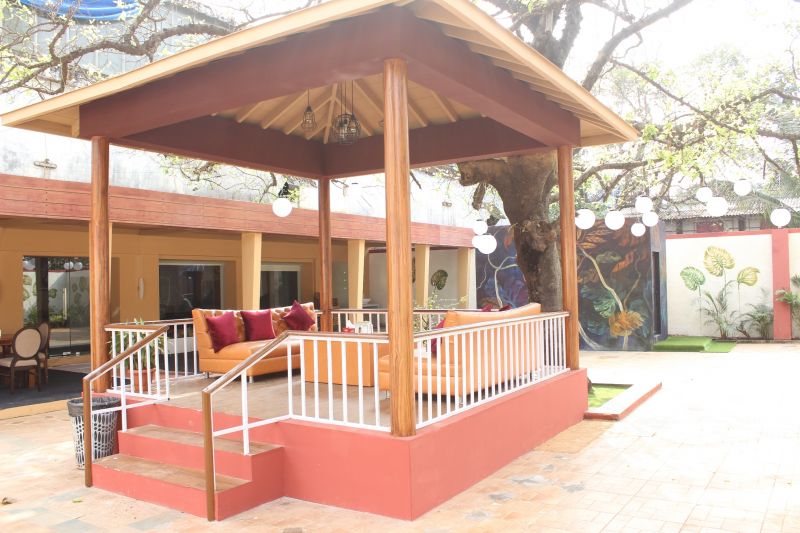 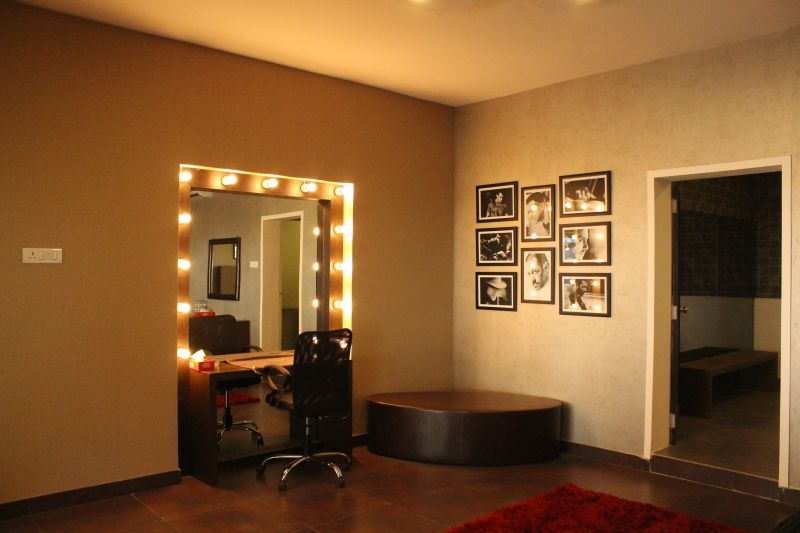 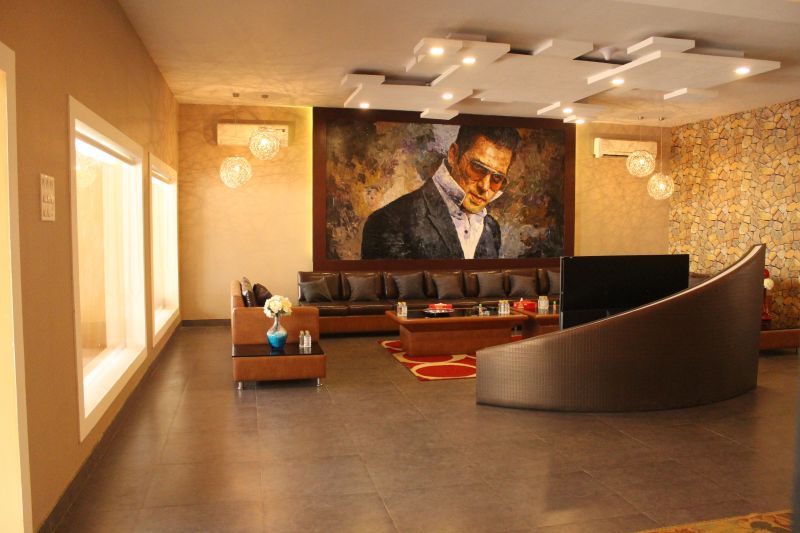 View of the Living Room. 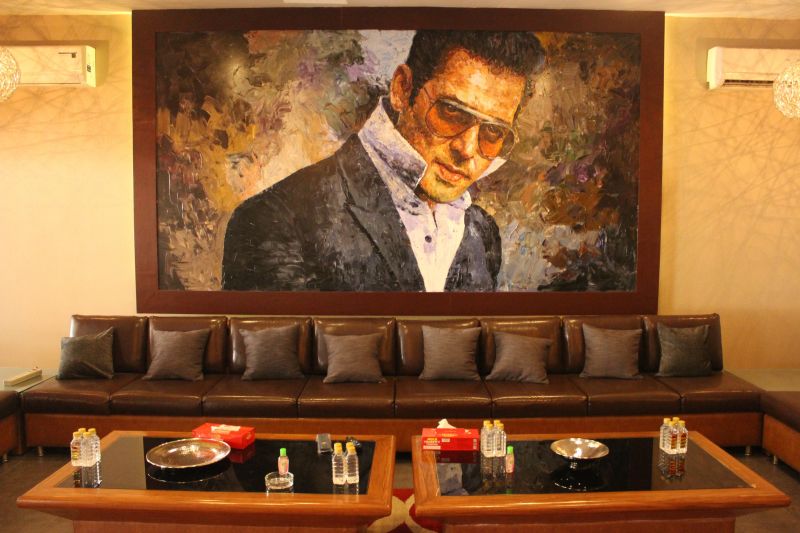 Seating Area in the Living Room. 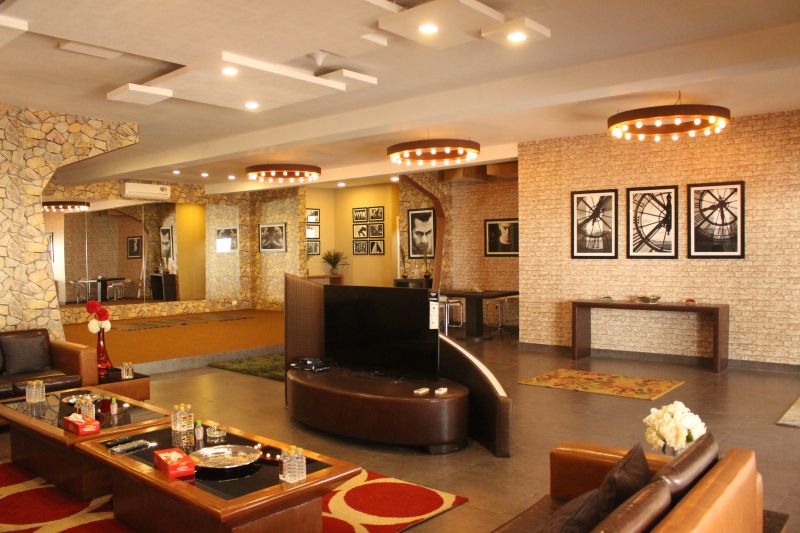 View from the Living Room. 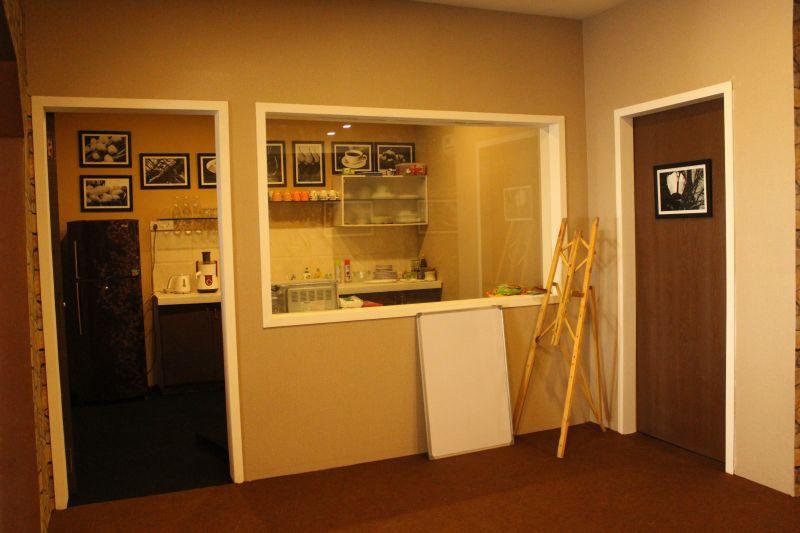 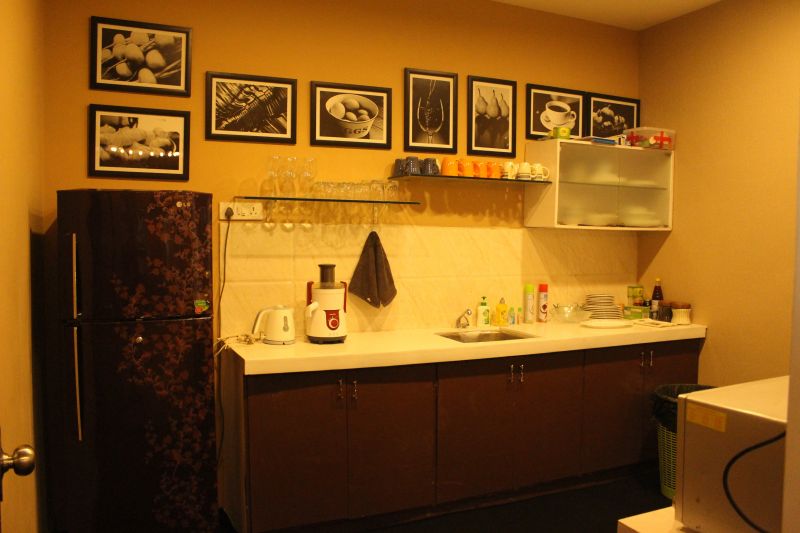 Interiors of the Kitchen. 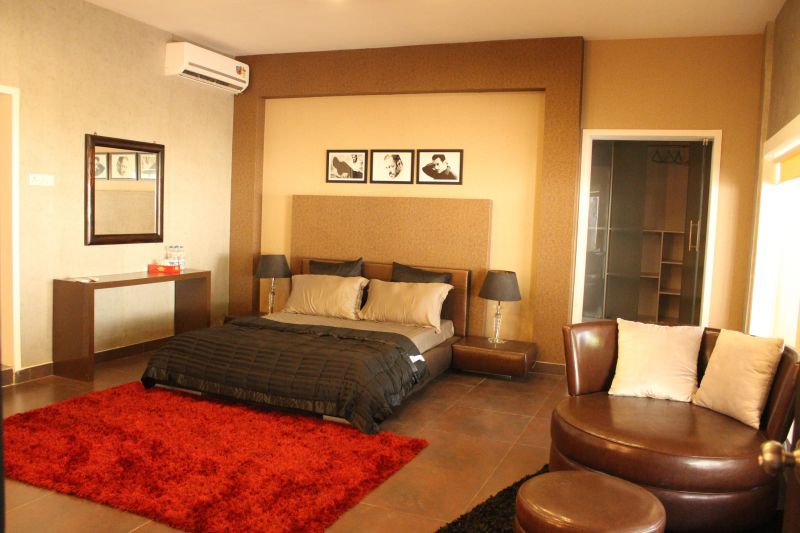