Akshay will be teaming up with producer Neeraj Pandey's upcoming directorial 'Crack'.

Mumbai: Akshay Kumar had one of the most acclaimed performances of his career in 'Baby', and the critical and commercial success of the film was influential in the star's current choice of films and his phenomenal box-office run.

However, the actor wouldn't be starring in the second instalment in Neeraj Pandey's  'Baby' franchise.

Taapsee Pannu, who had an acclaimed cameo in the prequel, will be seen reprising her role as the protagonist in the film, titled 'Naam Shabana'.

The film, which reportedly also stars Manoj Bajpayee and Prithviraj Sukumaran, however, will feature Akshay Kumar in a cameo.

Though there had been rumours about Akshay returning in a cameo, the superstar himself confirmed the titbit, by tweeting a picture from the sets of the film. 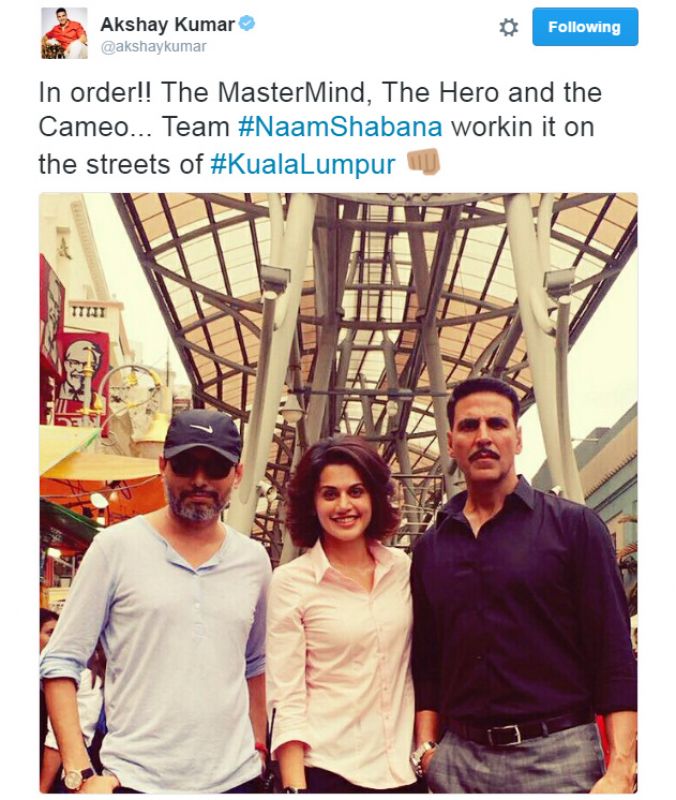 Taapsee, who's fresh from the phenomenal success of her recent release 'Pink', is quite excited about the film, and said that Akshay's cameo was pretty much half the battle won for her. 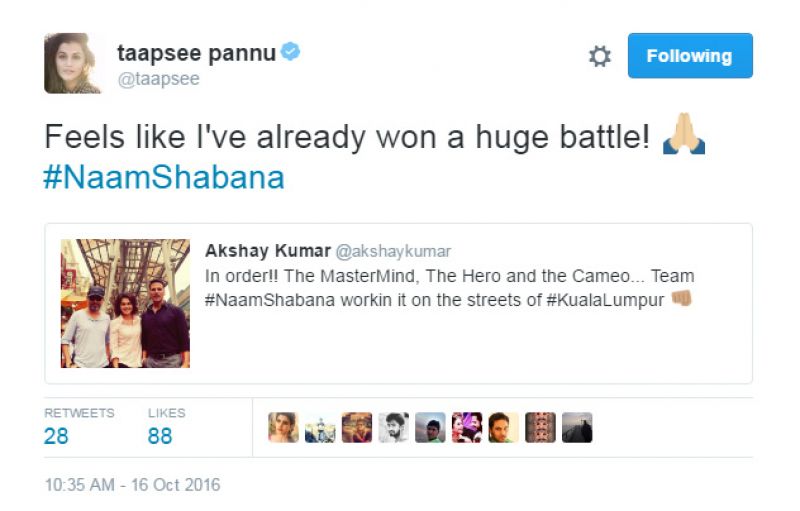 'Naam Shabana', which will be helmed by Shivam Nair, is slated for a 2017 release. Akshay himself will be teaming up with producer Neeraj Pandey's upcoming directorial  'Crack'.