Mumbai: Salman Khan and his 'Tubelight' entourage have finally arrived in Dubai to launch the first track from the film, 'Radio Song'. 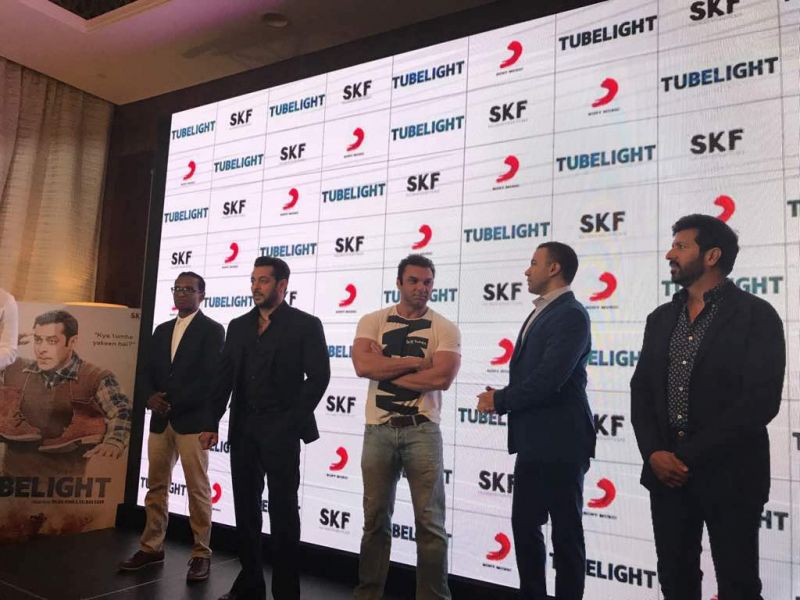 After shooting amid beautiful natural locations in North India, Kabir wanted to shoot ‘Radio’ in a town square typical to those in the 1960’s.

The team went on a recce in and around to find a town, which was untouched by modernisation.

Since they were unable to find an apt location, he decided to construct it in Mumbai itself.

Kabir was adamant that the set should look authentic right to the minutest of it details, hence the team converted three acres of Film City into the fictional town Jagatpura.

‘The Radio' song was shot there with over 1000 dancers. The track, which is a celebratory song in the film, had been shot on a very large scale. It has the touch of the 1960s and required a huge crowd to be dancing on it.

Kabir had organised for 200 dancers and about 800 juniors to be part of the song along with Salman Khan.

First a fan screening in India, now a mega gala in Dubai, Salman Khan truly knows how to gratify his fans all across the world!

Alia to star in action flick?

How corona has infected Bollywood