Mumbai: Salman Khan recently took to his social sharing the second poster of his upcoming film Bharat which left netizens into anticipation.

Soon after the poster was released, Hollywood's renowned model-singer-actress-fashion designer Paris Hilton commented on the poster with an emoji and ever since her remark, the Internet is going into a meltdown. With 862 likes and 52 replies, her remark is going viral. 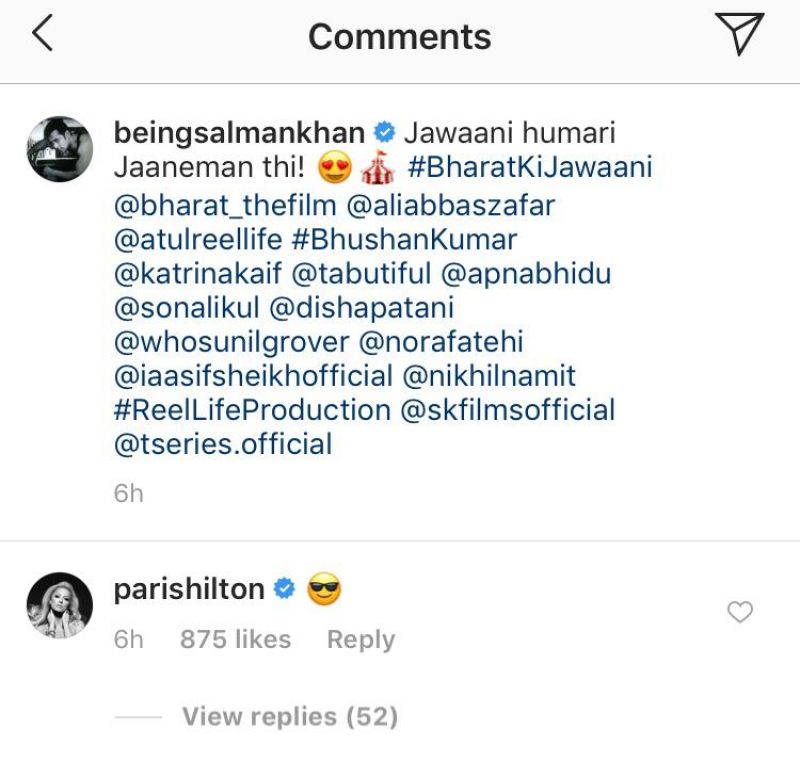 Beginning the journey of a man and a nation, Salman Khan shared the first poster of Bharat featuring himself in an old look with a grey moustache, beard and hair.

One of the most anticipated films of the year, Bharat is all set to take the audience on a ride back in time on 24th April 2019. The fans are now counting days before this grand movie gives the trailer.