The actor is very well averse with maintaining the connection between him and his fans.

He avidly posts updates about his every professional move.

Ever since the news of Da-bang tour emerged, the star kept on posting their schedule and preparations for it.

Salman recently posted a video of himself rehearsing with Bipasha for this spectacular show in Hong Kong.

They were seen grooving on Salman’s popular number ‘Hangover’, which has been crooned by the star himself.

Rehearsals for the 1st show in Hongkong tomo ! #DaBangHK pic.twitter.com/hqe5NRn2lI

He also shared a black and white picture of his, which might make you fall in love with his intensity and aura.

Here is the picture which he tweeted: 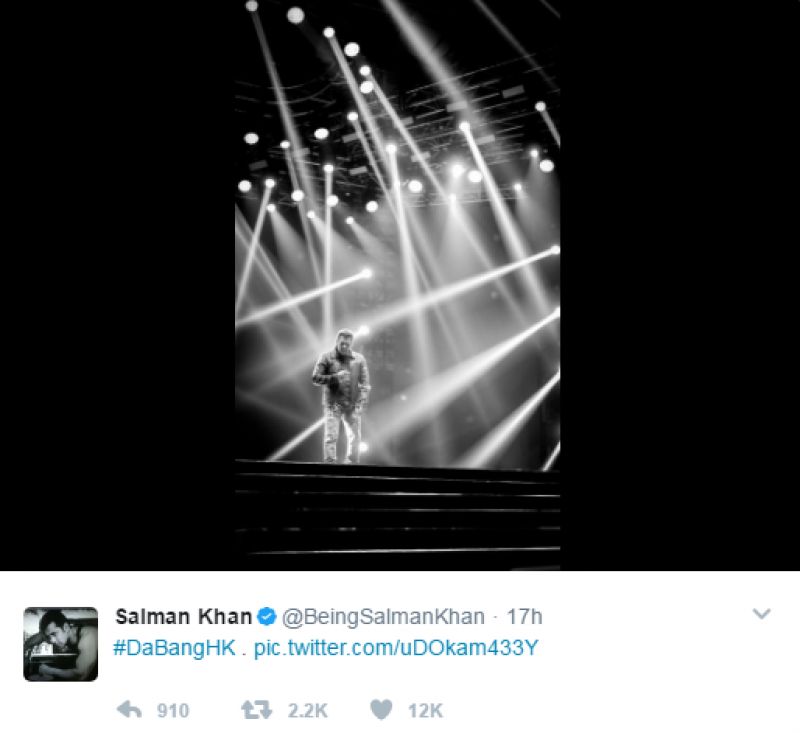 The group will later travel to Australia, New Zealand and Malaysia for other events.

■Kabir Khan and Salman Khan wrap-up Tubelight, grand release during Eid
■Pictures: Ahil playfully wrestles with Salman Khan
■Not Salman Khan but Katrina herself is turning producer for sister Isabel?
■Not just family, Salman Khan is extremely supportive of his girlfriends as well!