Aarav Bhatia and Ibrahim Ali Khan catch up over film, bond like their famous dads

Mumbai: Star kids have always been a constant and influential entity in the life of the paparazzi.

Their debuts are always eagerly awaited and the goodwill round their famous parents surround them too.

Saif Ali Khan and Akshay kumar have had a cult bromance going for them back in the 90's, due to a string of releases that involved them in polarised roles.

And now, near two decades down the line, their sons Aarav Bhatia and Ibrahim Ali Khan seem to be in the mood to emulate their fathers' friendship.

The two themselves are known to be great friends, with Aarav even sharing Dubsmash videos of the two.

And now, Aarav and Ibrahim have caught up over a movie. 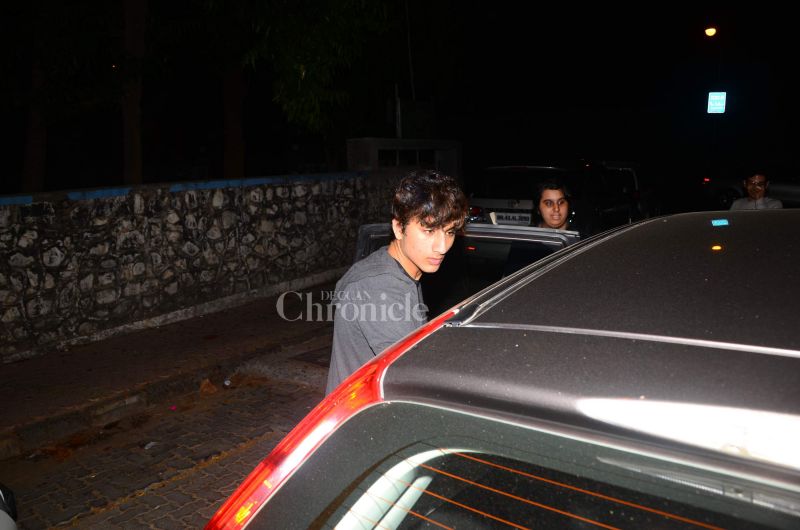 The two were joined by their friends and once they spotted the paparazzi eagerly awaiting them, the two rushed towards their respective vehicles. 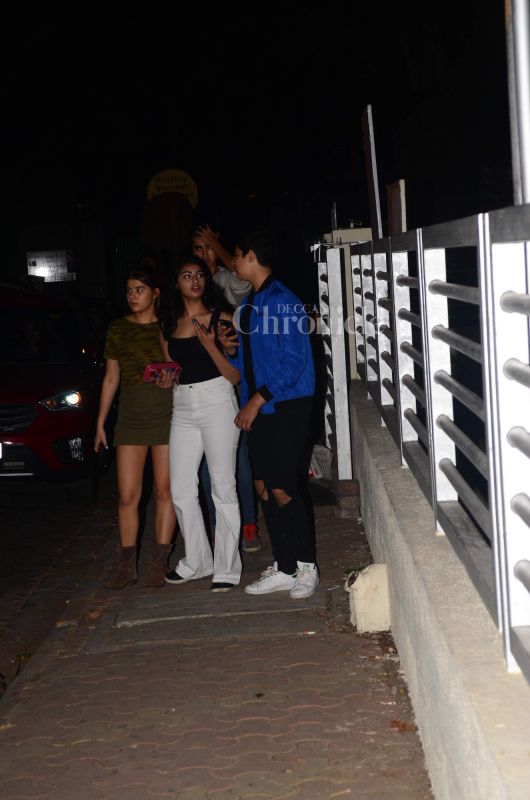 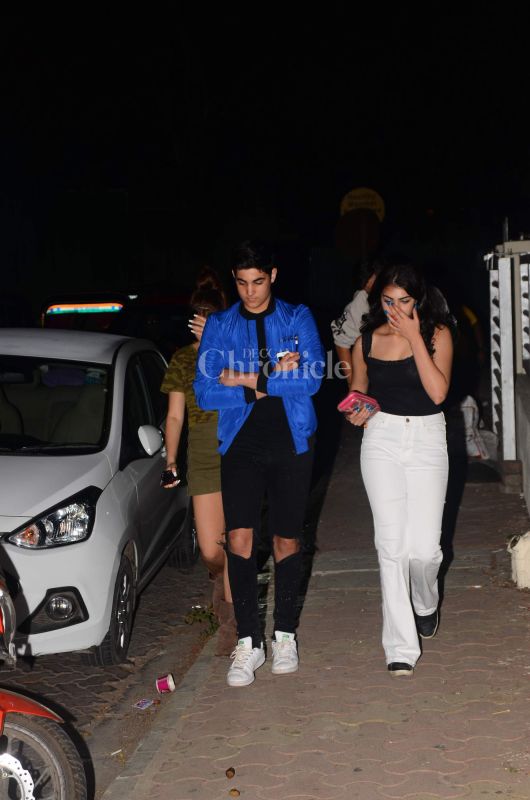 Ibrahim has a very eerily uncanny resemblance to his father, while Aarav, a martial arts exponent like his Akshay, holds more semblance to mother Twinkle Khanna.

Will we soon see these two together in a film, reprising the much famed bonhomie of their fathers?