In April 2017 Shraddha Kapoor was roped in to play Saina Nehwal in the latter’s biopic. Almost two years later she has been replaced.

“In spite of several rehearsals and training sessions, Shraddha didn’t look convincing enough as a badminton champ, at least not of the level that  Saina represents. So director Amole Gupte in consultation with the producers decided it’s best to find a replacement,” says a  source close to the development. 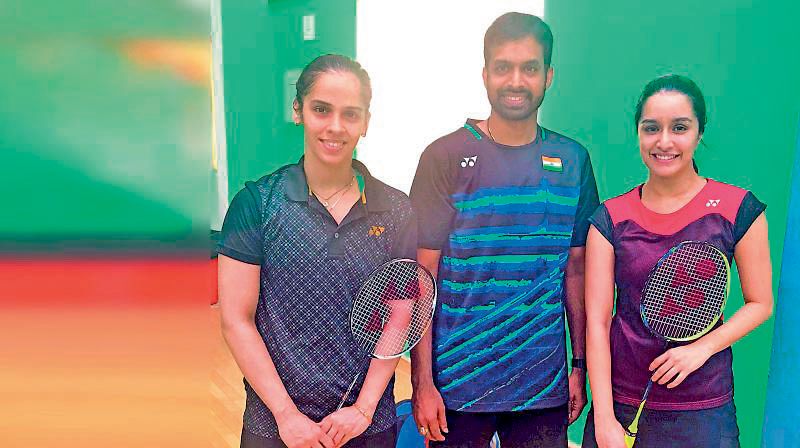 Shraddha, was seen  bonding big time with Saina and her family. She even had lunch at Saina’s home where Saina’s mother was photographed serving Shraddha food. The  sports superstar was said to be giving  many helpful tips on the badminton court too. But somehow it didn’t work out.

It was a mutual decision
Bhushan Kumar, producer of the Saina Nehwal biopic, explains that there was no bad blood between the makers and Shraddha. He says, “Shraddha practiced a lot, she was ready to do the film because she loved the script and wanted to do a sports biopic from long time. However, the dates were clashing between our (T-series) films. She is doing Saaho —  which is our film and her dates got pushed because she was down with dengue for a month. Her other commitments went off track too. Now, she is also part of our film Street Dancer, so the biopic’s dates were going back and forth too much. Shraddha wanted to give the shooting dates for next year but that was not suitable for this biopic’s. Parineeti was keen to do this film. She had told me once if at all it doesn’t work out with Shraddha’s dates, she would love to do it. She knows Saina very well too. It’s not that Shraddha left the film. She would have done it had I done  it next year.”
— As told to Yashika Mathur

Says the source, “She wasn’t looking convincing. The reason for Shraddha’s ouster being given officially is her busy schedule — since she’s shooting for her dance film with Varun Dhawan and the Telugu film Saaho with Prabhas. But  time cannot be the primary villain. Schedules are planned much in advance.

Shraddha is professional enough to have worked out her schedules. It’s just that she wasn’t cut out to play the badminton champ. Better to move on rather than push towards a roadblock.”

Parineeti Chopra will undergo rigorous training before facing the camera.