Mumbai: After claiming that comedian Rohan Joshi had 'groped' them, Reddit user admitted to making false accusations against the comedian and also said that Rohan ‘is a great guy’. In their defence, the writer, who wrote the post under the pseudonym ‘Schadenfreude557’, said that she was trying to prove ‘The Indian Fowler’ (the woman who accused TVF Founder and CEO Arunabh Kumar of molesting her over a period of two years) fake and that we should not fall for anything and everything that pops up in the internet. 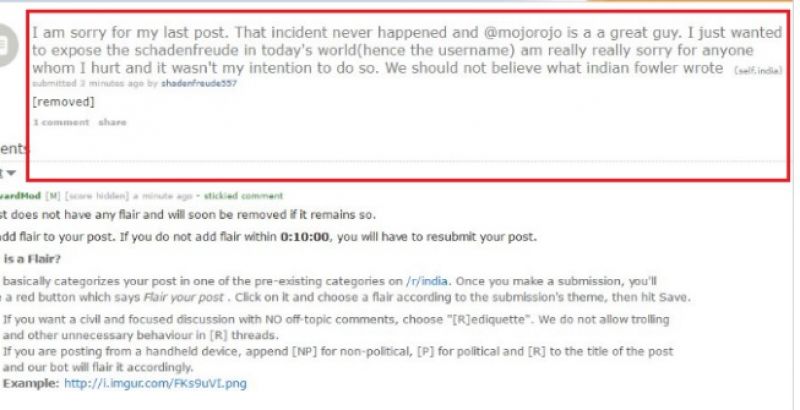 "I am sharing my experience here anonymously because he had threatened me to not say anything to anyone. I met Rohan at a bar in Mumbai about a year back, he started to flirt with me and tbh I was awestruck just by the fact that a celebrity found me so pretty. So when later he asked if he could drop me home I said yes. When we reached my home he tried to kiss me, when I refused and pushed him back he started shouting and abusing me saying 'how dare I refuse him!?' I started crying then so he calmed down and apologised. But just as I was about to get out of the car he groped my boobs and said 'f*** off s***' This experience left me petrified, I had just moved to Mumbai 3 months before the incident and I was living alone away from my family. I couldn't share this experience with anyone because of the fear that no one will believe me as he is such a huge celebrity on social media. I couldn't even share the experience with my family as I went against their wishes to move to Mumbai for my job. They would have worried too much and wanted me to come back. But I wanted to share my experience now as these celebrities cannot get away by doing anything they please, they cannot sexually harass women and think that women will be okay with it just because they are rich or famous.

Edit : can't believe that people are ridiculing me just because I used the term 'boobs' What's wrong with boobs, again? I should refer them as 'breasts' or otherwise I am not a decent women ? This was the reason I didn't share this incident with anyone for an entire year and am afraid of filing a complaint."

One of the founding members of the famous YouTube channel AIB, Rohan had denied these allegations vehemently and urged both the writer and Mumbai Police to pursue the case and take suitable action against him if found guilty. 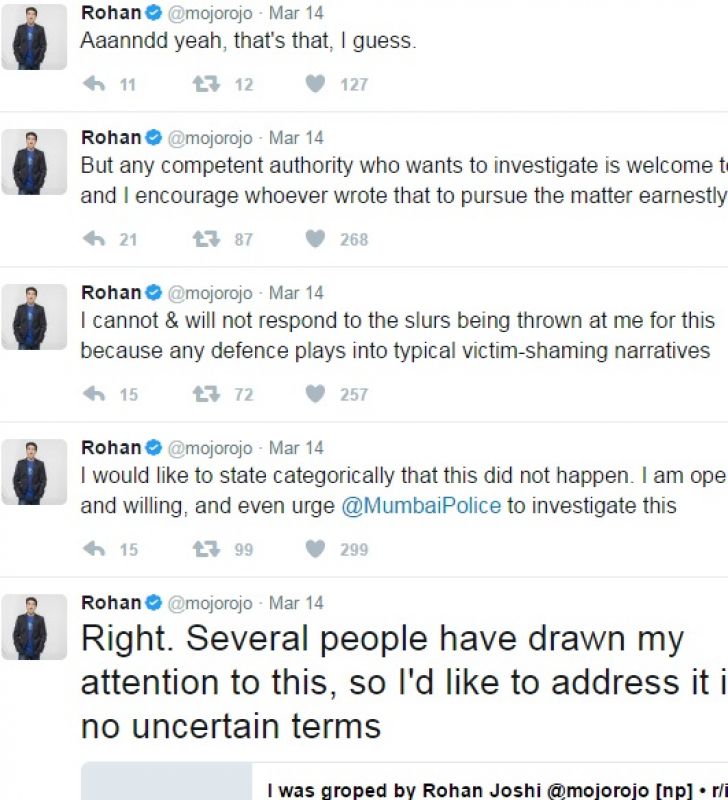