One of the pictures that Karishma shared.

Mumbai: Randhir Kapoor turned 70 on Wednesday and the veteran actor was in the news for an interview that he had given to newspaper. Kapoor also celebrated his birthday in grand style with a bash later in the day where he celebrated along with his family members and friends from the film industry.

While numerous celebrities like Amitabh Bachchan, Rekha, Ranbir Kapoor were snapped arriving at the venue, we have also got a peek into some of the inside pictures from the bash.

Karisma Kapoor seemed all excited about her father turning another year older and had wished him with a lovely picture of theirs on Instagram early in the day. 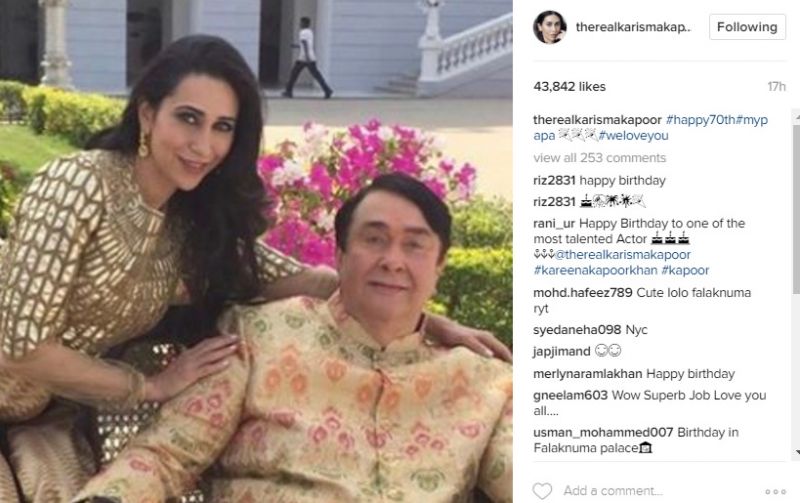 She also shared several pictures from the bash later on. We see the Kareena and Karisma, who were dressed in their regal best, happily posing with their father in one of the pictures.

We also see the Kapoors joined by their very own Saif Ali Khan as they clicked a selfie together. 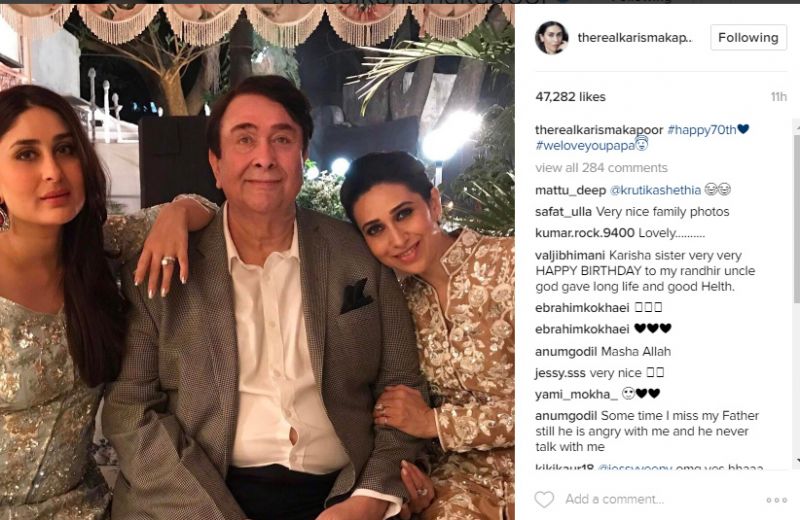 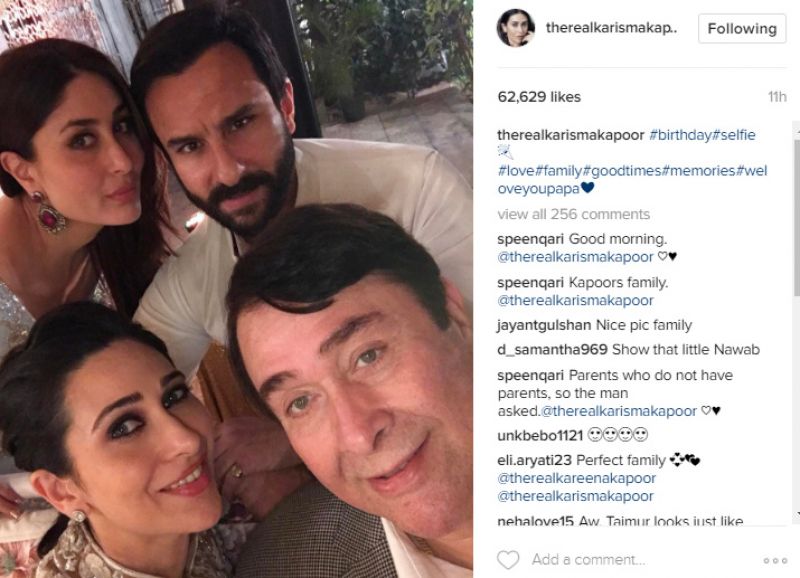 Kareena and Karishma’s mother Babita, who was also present for the bash, was however, missing from the pictures.