Mumbai: Sanjay Dutt biopic has been one of the most-awaited films. The movie will portray Dutt’s journey, through his good friend and a quite successful director Rajkumar Hirani's vision. Ranbir Kapoor was seen as Sanjay Dutt in a viral picture. That picture itself got the audience’s hopes high.

The shooting of this movie, produced by Vidhu Vinod Chopra, began early this year and now the movie is getting closer to being ready for a release.

Ranbir had recently left for Cape Town to continue his shooting for the movie. This happened right after his grand uncle Shashi Kapoor breathed his last.

After Ranbir reached South Africa, actress Manisha Koirala was the next to join them. She plays Ranbir’s mother in the movie. Sanjay Dutt’s mother Nargis died of cancer when he was young.

The team has now wrapped up their Cape Town schedule with a photo. Ranbir, Manisha and Rajkumar can be seen in the picture taken amidst clouds and trees. Here’s the pic: 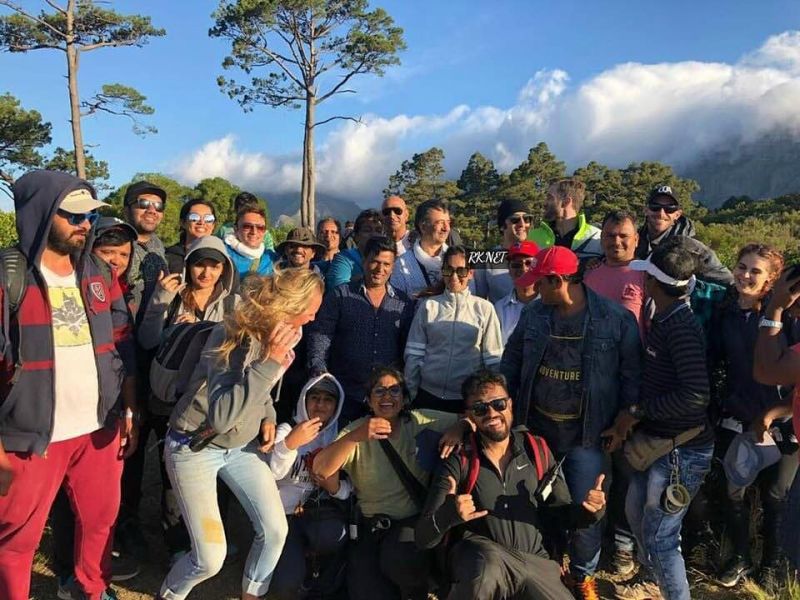