First look: Ranbir Kapoor is living it up in this new still from ‘Jagga Jasoos’

The picture shared on Twitter by the makers, UTV Motion Pictures.

'Jagga Jasoos' has been in the news for the professional and personal equations between the lead actors and ex lovers, Ranbir Kapoor and Katrina Kaif, during the making of the film. While Katrina has been sharing pictures from the sets of the film, we also now have a glimpse of Ranbir from the film.

The makers have now shared a new picture from the sets of the film where Ranbir, is dressed in school uniform as he seems to having a fun time with other boys seemingly in a hostel. 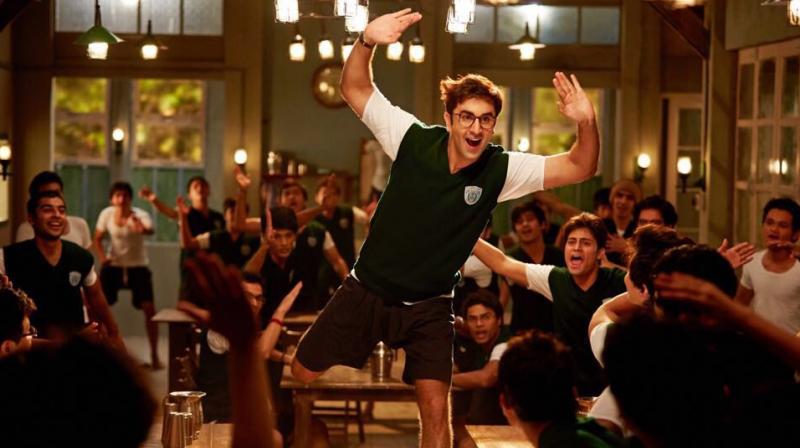 The particular sequence was shot on the Children’s Day and the occasion seems to be perfect for the shoot of such a sequence.

The shooting of the film has been on for a substantial amount of time, with Ranbir and Katrina even shooting for other films in the meantime.

The film has been directed by Anurag Basu, with music composed by Pritam and is scheduled to release on April 7 next year.

Alia Bhatt, Ranbir Kapoor to say 'I do' in April?

Desi Superhero 'Shaktimaan' to be made into a film