Amitabh Bachchan and Aamir Khan will dance together in this Thugs Of Hindostan song!

Vijay Krishna Acharya has managed to do what was awaited since a very long time – he got Amitabh Bachchan and Aamir Khan in the same film, sharing the same frame, and now the latest reports suggest that he got them to even do a song!

Pinkvilla reported that they will be dancing together in a TOH song titled Vashmalle. While the dance track is being choreographed by Prabhudheva, it will be sung by Sukhwinder Singh and Vishal Dadlani. The lyrics have been penned by Amitabh Bhattacharya while the compositions are by Dhadak duo Ajay-Atul. The meaning of Vashmalle is 'dance your heart out and make merry', which is the theme of the song as both the actors will get drunk and dance and spread joy.

Talking about Vashmalle Victor gushed to Pinkvilla, "It is amazing that we could write a suitable moment in the film that sees these two icons of Indian cinema shake a leg with each other and the song will stand out because of their infectious energy and camaraderie. The song presents Mr. Bachchan and Aamir Khan in the mood to celebrate."

"I have to reveal, the sequence will show them getting drunk during the celebrations and then breaking out to dance on this high energy number. It is a priceless moment that we have captured in Thugs of Hindostan," the filmmaker added.

The publication also revealed a still from the song, which looks like this: 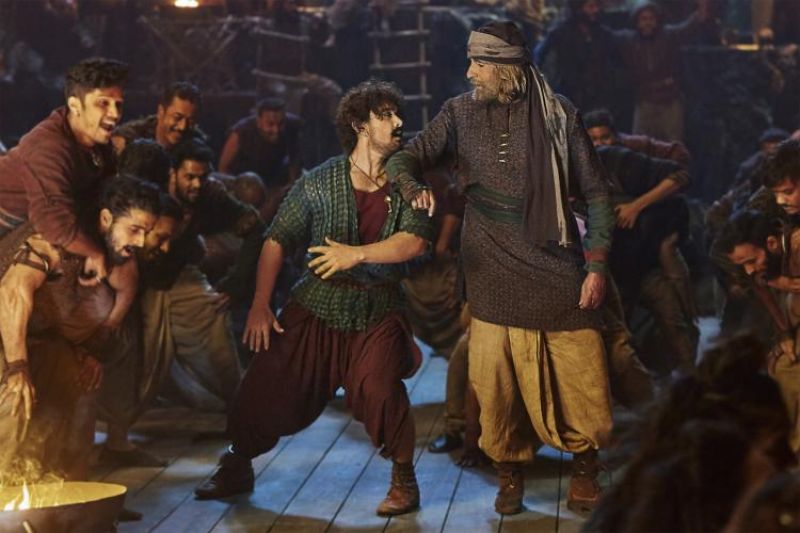 A still from Thugs Of Hindostan. (Photo: Pinkvilla)

Thugs of Hindostan also stars Katrina Kaif and Fatima Sana Shaikh in pivotal roles and is slated for Diwali release.