Mumbai: Of late, Bollywood’s most affable actor Sanjay Dutt has been making news for some reason or the other.

Sources close to the actor say that Sri Sri and Sanjay Dutt are planning a big social initiative which will have pan India impact.

The basic agenda of the meeting was to discuss the problem of drug addiction in youth and to put in joint efforts to eradicate it.

Sanjay Dutt, who is very keen to spread awareness about narcotics. The actor, for a very long time, wanted to take up the cause and wants the youth of India to understand how drugs and intoxication are not a solution to anything. He is all set to open drug rehab centers across India and has committed himself to the big mission of making India drug free.

After the meeting, Sri Sri said “Sanjay Dutt has been very vocal about taking up the subject and spreading awareness about it as he has experienced it himself. It’s a great initiative and a cause taken by the actor as he understands the consequences of the addiction”.

He further said, “Sanjay Dutt has a big mission; he is going to take up a big mission to make this country drug free and addiction free”.

Sri Sri’s association with Sanjay Dutt traces back when the later was serving his sentence in Pune jail in connection with the 1993 Mumbai blasts case when he had conducted a yoga based spiritual congregation for the prisoners, Sanjay Dutt was one of the 300 who had sought lessons from him. 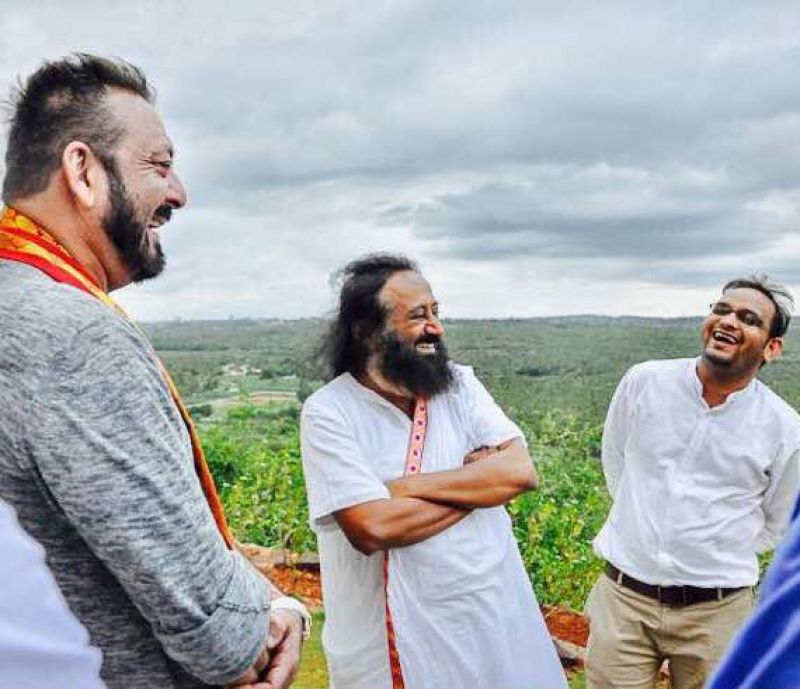 On the films’ front, Sanjay Dutt has already wrapped up his most awaited comeback film 'Bhoomi,' which stars the petite Aditi Rao Hydari as his daughter.

The film has been directed by Omung Kumar. Besides 'Bhoomi,' Sanjay Dutt will also be seen in Tigmanshu Dhulia’s 'Saheb Biwi Aur Gangster 3' and a film titled 'Malang.