Iulia Vantur flaunts her ripped abs while working out

Rumours have been running wild that Salman will finally tie settle down with the Romanian beauty later this year.

Salman Khan sent tongues wagging when he turned up at the Mumbai airport with rumoured girlfriend Iulia Vantur and his mother Salma. The couple, fuelded rumours of an impending wedding announcement, when Iulia was snapped out of the airport hand-in-hand with Salman’s mother.

In this picture, we see Iulia showing off her toned abs. Last time, she was also spotted working out at the gym at Arpita Farm in Panvel. We wonder Salman Khan is sharing his fitness tips with rumored girlfriend Iulia these days. 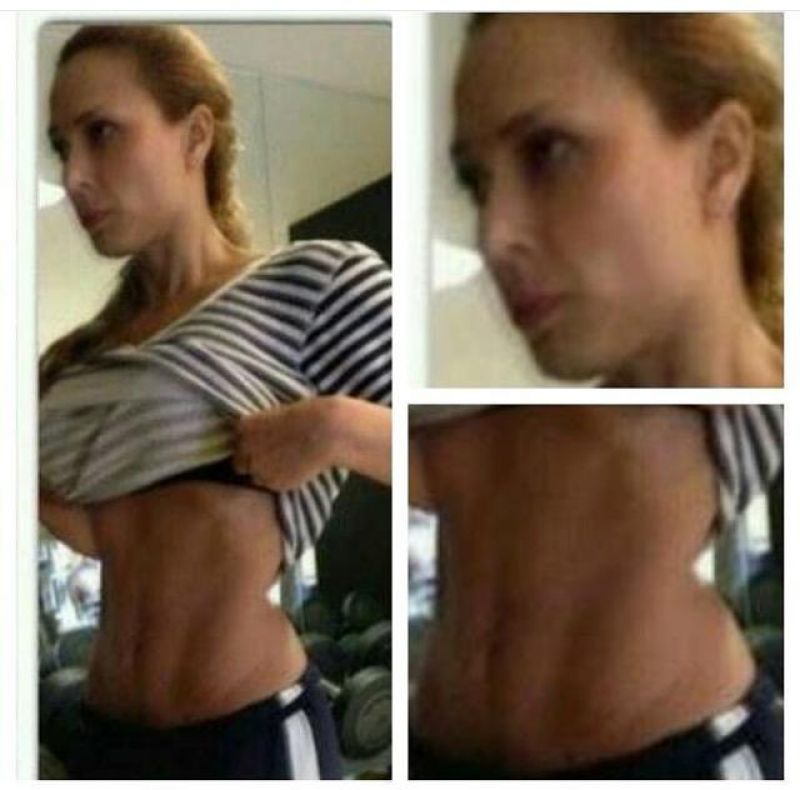 Lulia has been spotted on several occasions, spending some quality time with Salman on and off the film sets. The two even headed out for a family getaway in Delhi, where they went on a hike together.

Rumours have been running wild that Salman will finally tie settle down with the Romanian beauty later this year. Recent reports also suggested that it was Salman’s ailing mother, who is encouraging her son to tie the knot. Going by the pictures from the airport recently, it sure looked like Iulia has Salma’s stamp of approval.