Aishwarya celebrated her 15th year at the Cannes festival in style. Photo: AFP

Aishwarya Rai Bachchan was glistening in gold as she walked the Cannes red carpet on Saturday. The Bollywood star, who is one of the Indian faces of an international beauty brand, celebrated her 15th year at the festival in style. 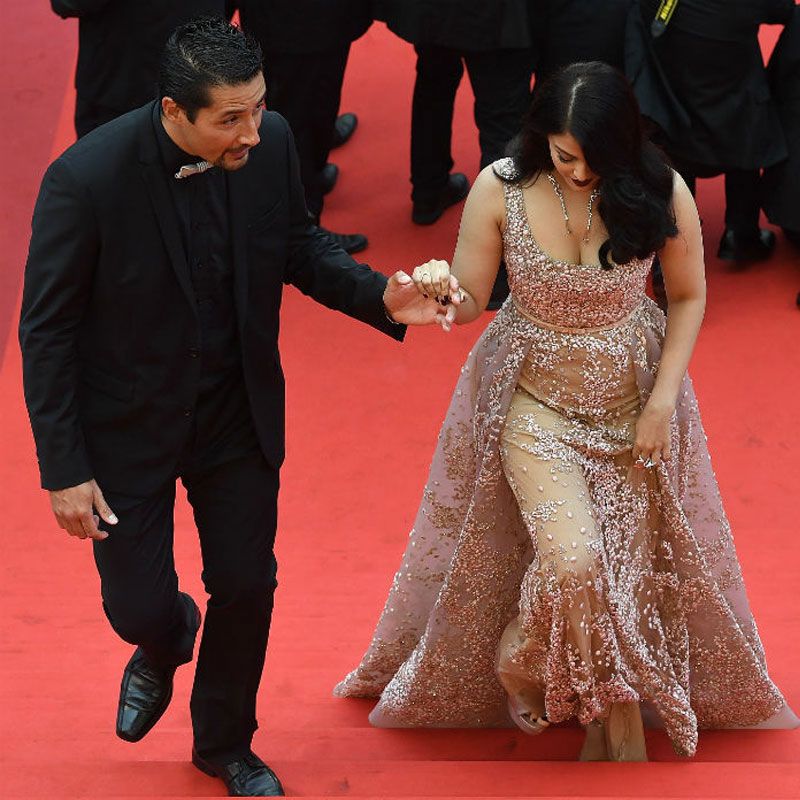 The Bollywood diva has a lot in store this year at Cannes, as she is not only celebrating her 15th year at the festival, but she will also be premiering her film ‘Sarbjit’ at the festival. Director Omung Kumar and co-star Richa Chadha are expected to join her for the grand premiere.

Ash celebrated her 'Canniversary', with a cake cutting ceremony at the festival, which was followed by a photoshoot. Ash also struck a pose with Hollywood actress Blake Lively. Both ladies walked the red carpet together. After walking up the iconic stairs, they greeted each other and posed for pictures together, before heading in for the screening.

Aishwarya glistens in gold on the Cannes red carpet

An excited Aaradhya joins mommy Aishwarya on her trip to Cannes

Abhinav Bindra biopic is a challenge to the film's writers