Sonam Kapoor changes her name on social media and reason is quite surprising!

Mumbai: After releasing the first look of Sonam Kapoor and Dulquer Salmaan starrer upcoming film 'The Zoya Factor', now the lead actress Sonam Kapoor has broken the internet by changing her username to 'Zoya Singh Solanki' on her official social media handle.

This name-change of Sonam Kapoor refers to her upcoming film The Zoya Factor as her character name is Zoya in the film. Previously, Sonam Kapoor's twitter handle was 'Sonam K Ahuja' which has now changed to 'Zoya Singh Solanki' seems like the makers have all geared up for the film's promotion. 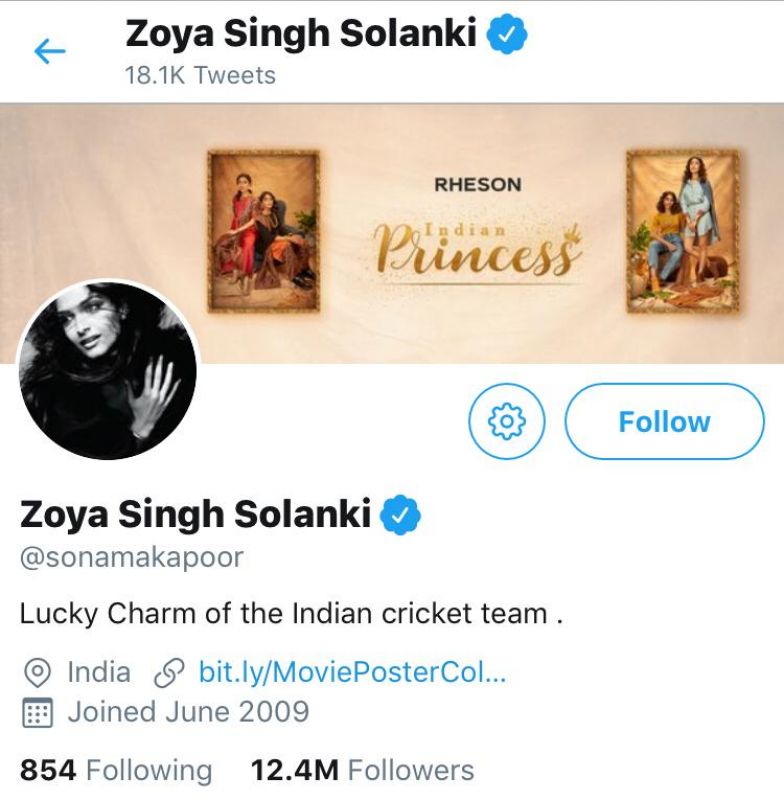 The film has gone on floors already and the makers have also released the first look of the film, which features the lead actors of the film. 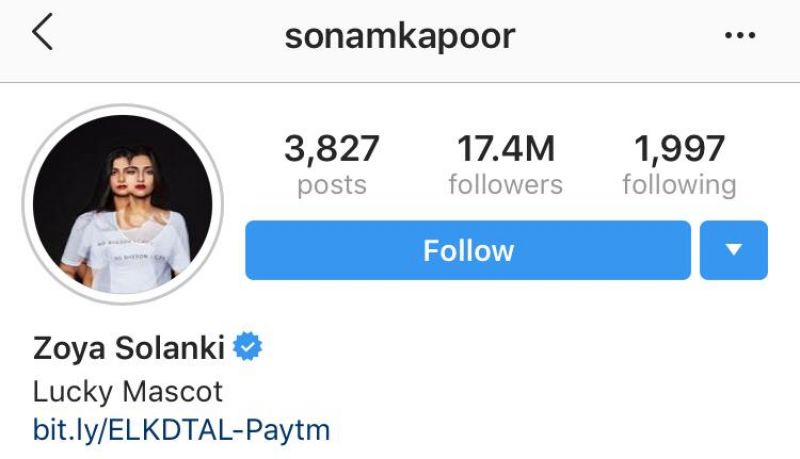 The film is based on Anuja Chauhan's best-selling novel 'The Zoya Factor'. In the first look, Sonam and Dulquer are holding the copy of the novel and it also has the character name of both these actors.

The Zoya Factor will definitely mark as Dulquer Salmaan's big Bollywood debut as he is getting cast opposite Sonam Kapoor in this upcoming Romantic-Drama of director Abhishek Sharma.

Zoya Factor is about a Rajput girl named Zoya Singh Solanki who meets the Indian Cricket Team through her job as an executive in an advertising agency and ends up becoming a lucky charm for the team in the 2010 Cricket World Cup. Eventually, Zoya falls for skipper Nikhil Khoda who doesn't believe in luck and superstitions.

Director Abhishek Sharma will be directing the film, which will be produced by Fox Star Studios and Adlabs Films. The film is all set to release on 5th April 2019.