Sanjay Dutt and Aditi Rao Hydari on the sets of 'Bhoomi'.

Mumbai: A lot has been spoken and written about actor Sanjay Dutt’s comeback film ‘Bhoomi’. The film is a family drama which depicts the relationship between a father and his teenager daughter played by Aditi Rao Hydari. 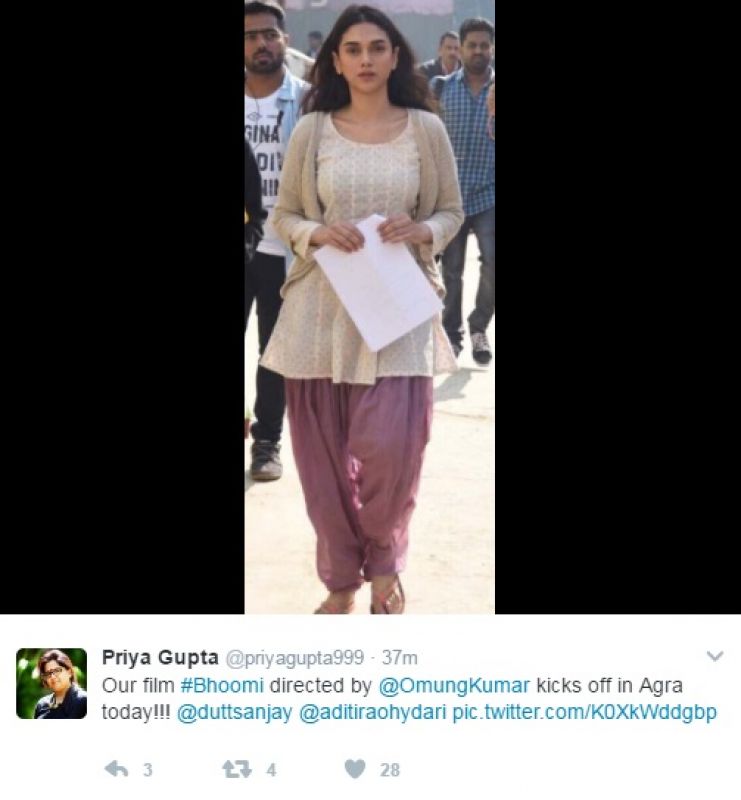 The duo has finally started shooting for the film today in Agra and a couple of on-set pictures have surfaced on social media where the actors can be seen in simple Indian attires. Popular television actor Sharad Kelkar will play the villain in the film. 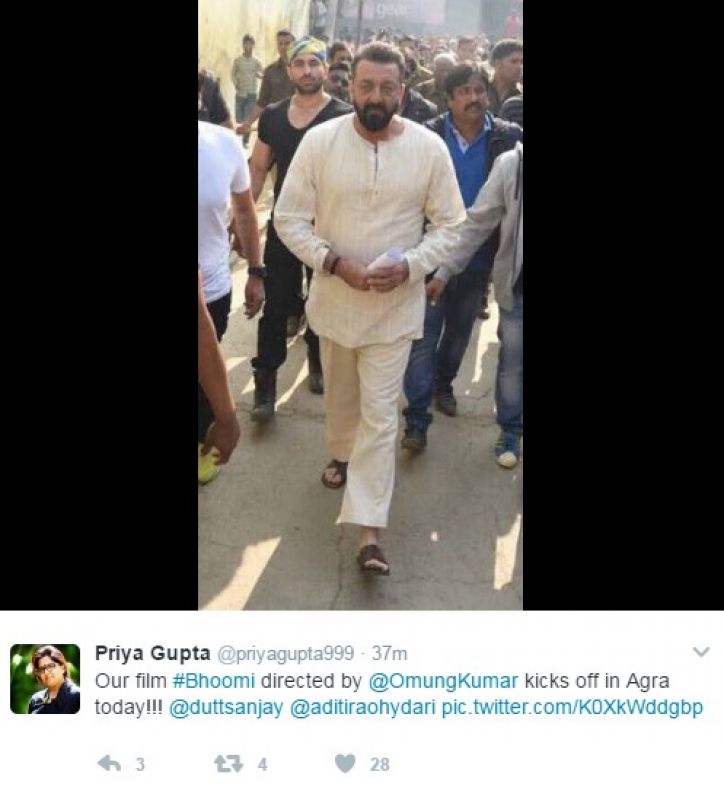 Directed by Omung Kumar of ‘Sarabjit’ and ‘Marykom’ fame, this is the first time Aditi and Sanju Baba have come together for a movie. Apart from ‘Bhoomi’, Dutt will be working in the 3rd instalment of Rajkumar Hirani’s Munna Bhai franchise. The ace Director is also making a biopic on Sanu’s life which will be played by Ranbir Kapoor.

Aditi, on the other hand, will be seen juggling between the sets of ‘Bhoomi’ and Sanjay Leela Bhansali’s controversial period drama ‘Padmavati’ where she plays the role of Alauddin Khilji (Ranveer Singh) wife Kamla Devi.