Madhavan has an unforgettable time as he gives speech at Harvard

Mumbai: When we talk about Harvard speech, we are reminded of notable orataries of Steve Jobs, J.K. Rowling, Oprah Winfrey, et al.

And recently Bollywood actor R Madhavan also joined the list of celebrities to give a speech at the reputed university. He spoke at the 14th edition of the India Conference at Harvard. The event is one of the largest student-run conferences with a focus on India in the US.

Maddy shared an image posing alongside well-known designer Manish Malhotra, who also spoke at the event, on Twitter. The actor's post read, "With THE @ManishMalhotra (awesome talk) and students of Harvard Business School. Unforgettable times." 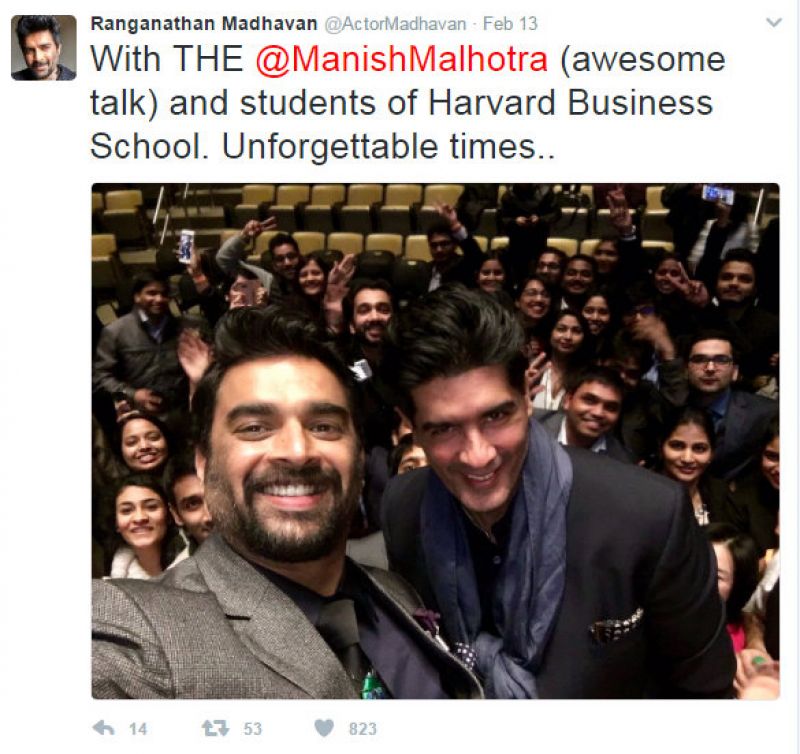 India Conference praised Madhavan for his speech on Twitter. Their post read, "@ActorMadhavan wins the hearts of the audience at #Indiaconference2017 once again with his great sense of humor & interesting anecdotes".