Not shown Pakistan in poor light in Neerja: Shabana Azmi

The movie team along with Neerja's brothers launched a biography on the late flight attendant. (Photo: Twitter)

New Delhi: Actress Shabana Azmi says she is confident her upcoming movie 'Neerja' will get a clearance for release in Pakistan, amid reports that it has been banned there.

The Sonam Kapoor-starrer, based on real incidents during the hijacking of the Pan Am Flight 73 at Karachi airport in 1986, has been banned in Pakistan allegedly for showing the country in poor light.

"The film is yet to be seen by the selection committee. So, we are waiting for their reaction and we are absolutely confident that once they watch the film they will have no problem with it," Shabana, who plays Neerja's mother, told reporters here. 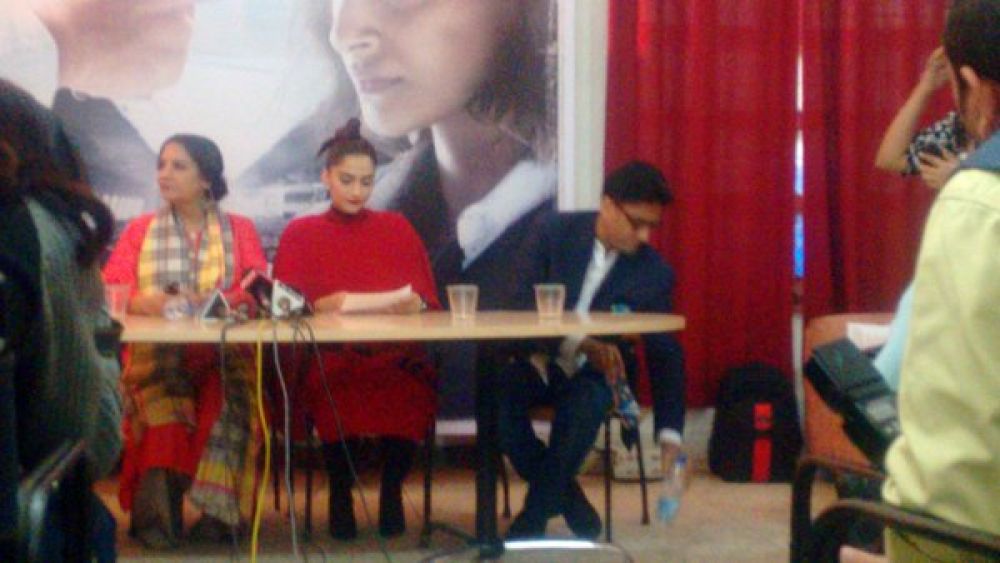 "Neerja was awarded the Ashok Chakra by Indian government, a medal by Pakistan and a citation by the US government. There is no way that we will tell a story in which a girl was awarded by Pakistani government and show the country in poor light. I'm really confident that when they will watch the film, they will realise their apprehensions were completely misfounded."

When asked to comment, director Ram Madhavani said there is no official word yet and they will come to know in another two days.

The movie revolves around Neerja Bhanot, a flight attendant on board a Pan Am Mumbai-New York flight, who was shot dead by terrorists during the hijacking while trying to save the lives of passengers.

The movie team along with Neerja's brothers have launched a biography on the late flight attendant.