Irrfan Khan gets rave reviews for his Hollywood release

While the inimitable Irrfan Khan is recuperating in London from a serious ailment, his latest Hollywood release, titled Puzzle, has opened to rave reviews.

The intense and heart-touching drama about a relationship between a bored American housewife Agnes (Kelly MacDonald) and her partner Robert, is set in the backdrop of a jigsaw-puzzle tournament, and is directed by Marc Turtletaub.

Irrfan has received thumping reviews for his performance. Roger Ebert.com, writes, “He (the male protagonist Robert) is played by the great Irrfan Khan, who immediately changes the tone and energy of Puzzle simply through his charismatic presence. 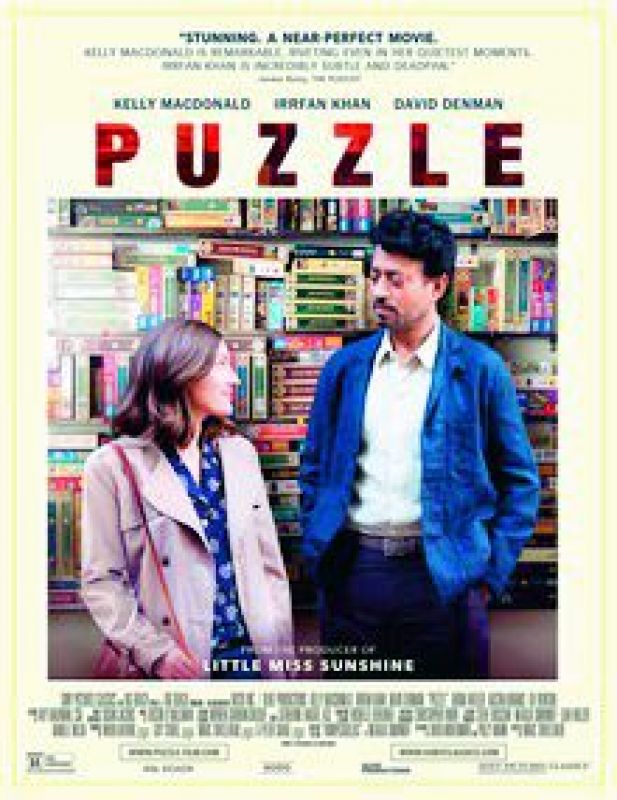 A wealthy inventor living alone in an ornate Manhattan brownstone, Robert has a playful, low-key sense of humour, which he uses to draw Agnes out of her shell. Macdonald and Khan have an enjoyably prickly chemistry with each other off the top, which steadily evolves into a bond that’s unexpectedly deeper.”

The New York Times says, “Agnes is introduced to the world of competitive puzzling by Robert (the marvelous Irrfan Khan), a wealthy Indian inventor, his rumpled cosmopolitan glamour and dark-eyed wisdom seem the stuff of fairy tales.”

Irrfan couldn’t be more pleased as he replies, “I always wanted to do a Hollywood love story. So I am glad it happened with Puzzle.”