Adil Hussain and Radhika Apte in a screengrab from the very racy scene.

Mumbai: Radhika Apte has been embroiled in a fresh controversy as scenes from her upcoming movie 'Parched' have leaked on the internet and they are racier than anything we have seen in Indian cinema.

The first scene in question has Radhika involved in a supremely passionate lovemaking scene with co-actor Adil Hussain. The actress, who's in the buff, through most of the scene has evidently surrendered herself to the vision of Leena Yadav, who's directed the internationally acclaimed Ajay Devgn production. 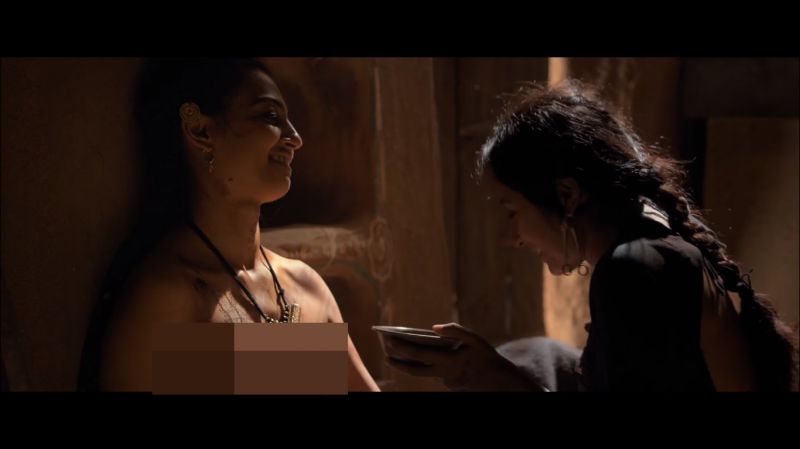 A screengrab of Radhika Apte with Tannishtha Chatterjee from the scene in question.

Another scene that has leaked involves Radhika Apte and co-actress Tannishtha Chatterjee. The scene in question has Tannishtha suggestively undressing Radhika and lubricating her upper body, almost ending up making out.

Tannishtha herself had been involved in a mildly similar controversy, when a lovemaking scene involving her and co-star cricketer-turned-actor Brett Lee, from their upcoming movie 'Being UnIndian' got edited out. Her lovemaking scenes from the indie cult 'Angry Indian Goddesses'  had also been edited out by the censor board.

Radhika had previously been in a similar dilemma, when a nude scene of her from an Anurag Kashyap directed short film had leaked online. An MMS that claimed to be of her had also circulated widely, earlier on.