Sanjay Leela Bhansali and Deepika Padukone. The strict filmmaker had asked all the actors to maintain low profile in order to avoid controversies. The shooting of the film is also happening discreetly.

Mumbai: Deepika Padukone’s career is skyrocketing to superstardom and we couldn’t be happier.

Dressed in an all-white, short two piece bodysuit, Deepika looked smoking hot. But fell victim to internet trolling when she posted the picture on Instagram. Apparently, the social media users were upset with her wearing ‘extremely revealing’ clothes and slammed her for stooping ‘so low’. 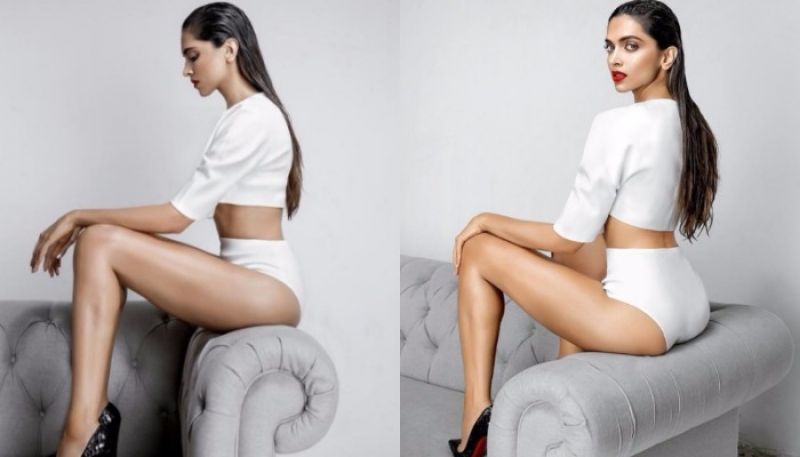 These are the pictures that landed the actress in deep trouble with social media users (Pic courtesy: Instagram/ deepikapadukone).

Interestingly, a little birdie tells us that it is not just Internet that’s miffed with her choice of costumes. Apparently, her ‘Padmavati’ director Sanjay Leela Bhansali (SLB) is concerned about the bold choices she is making ahead of his period drama’s release, which has already been in trouble with Rajput organisations for allegedly portraying Queen Padmavati in bad light.

The source tells us, “Deepika is essaying the role of a historical character, a Rani (queen) in ‘Padmavati’ and to pose for steamy photoshoots right before the release of the film, is unacceptable to him (Sanjay Leela Bhansali). He feels the pictures could rub people the wrong way. After what has happened in the past, he just cannot afford to risk it all for a third time.”

Deccan Chronicle's queries to the film's publicist and the director's spokesperson have remained unanswered.

For the uninitiated, the ‘Padmavati’ set was vandalised in Jaipur and Kolhapur earlier this year for allegedly portraying the queen in bad light. SLB was even beaten up by Karni Sena (a Rajput organisation) in Jaipur.

After these repeated assaults on crew members and the director himself, Bhansali’s team sent out a statement assuring that there are no love scenes, songs or even a dream sequence between Khilji and Padmavati. Shooting of the film is currently under process.