New Delhi:  Superstar Aamir Khan has a special gift for his fans on the occasion of his 53rd birthday.

Also read: Perfectionist Aamir on being 'most indisciplined person', why his biopic won't be fun

Even without a single post, Aamir, within a few hours, managed to rake in over 234k followers on the photo sharing app. 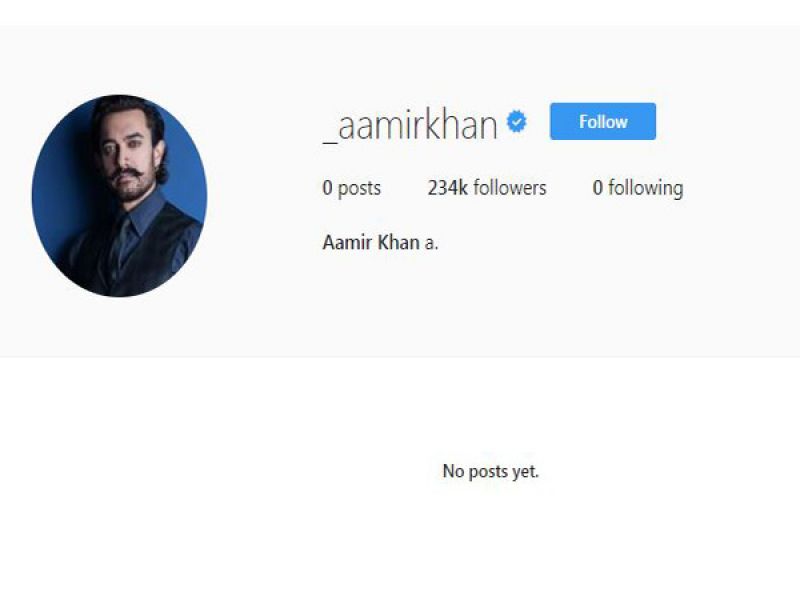 The Mr. Perfectionist of Bollywood has over 23 million followers on Twitter whereas his Facebook page is liked by 15 million people.

Aamir, who is currently in Jodhpur shooting for his upcoming film 'Thugs of Hindostan', has a career that spans over three decades.

Son of producer Tahir Hussain and Zeenat, this multi faceted actor, who has donned the hat of a director and producer several times, has given innumerable hits.

Before making his debut with 'Qayamat Se Qayamat Tak' in 1988, Aamir featured in several films as a child artiste.

Also read:  Imli's always running after me, loves me more than anyone in the family: Aamir on cat

He was honoured by the Government of India with the Padma Shri in 2003 and the Padma Bhushan in 2010.

■Not Aamir Khan movie, but Salman’s Bajrangi Bhaijaan crosses 100 crore in China
■Aamir and Shah Rukh Khan's collaboration: Here's why Imtiaz Ali feels it's important
■Oh no! Jackie Shroff let go of Aamir Khan’s Thugs Of Hindostan for this movie?
■Perfectionist Aamir on being 'most indisciplined person', why his biopic won't be fun
■Imli's always running after me, loves me more than anyone in the family: Aamir on cat