Mumbai: Bollywood is a place full of glamour and fame. The stardom is a black hole that takes you deep inside and makes you feel lonely. Most Bollywood stars search for love here, but nobody accepts that they are in love.

Socialites like filmmaker Karan Johar (who is hosting a party today for all the singles of B-Town) and actor Akshay Kumar play matchmakers here, and still, nothing comes out in the open, with the fear of media making it a big ‘circus’ (as confessed by Ranbir Kapoor and Deepika Padukone in an interview held during their movie ‘Tamasha’s promotions).

But there are still some couples who are dating, but will never accept it. Here are a few of them: 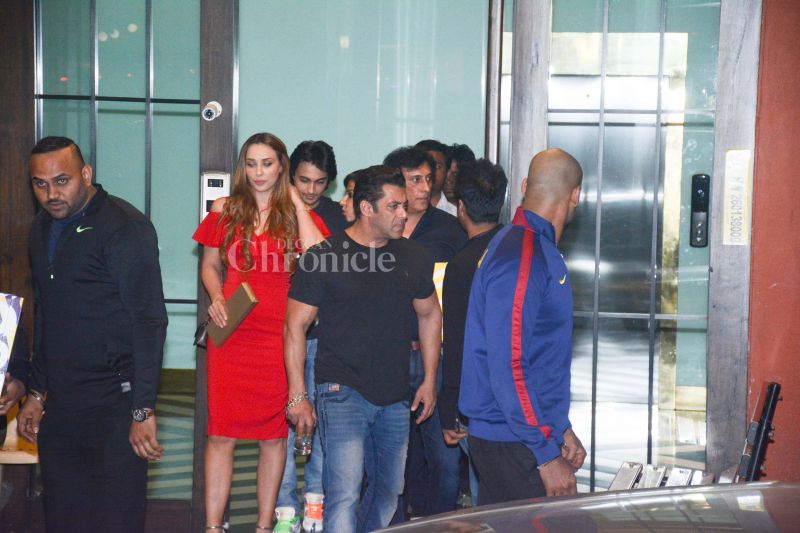 Salman Khan has never accepted his relationship even when it was reported with Katrina Kaif, and now with Iulia Vantur. Salman gave Kat an acting career in Bollywood and at the moment she is one of the most followed actresses here. With Iulia, Bhaijaan let her sing in his movie ‘Sultan’ for ‘Baby Ko Bass Pasand Hai’, and helped her bag a recent music video with T-Series, which also featured Maniesh Paul. 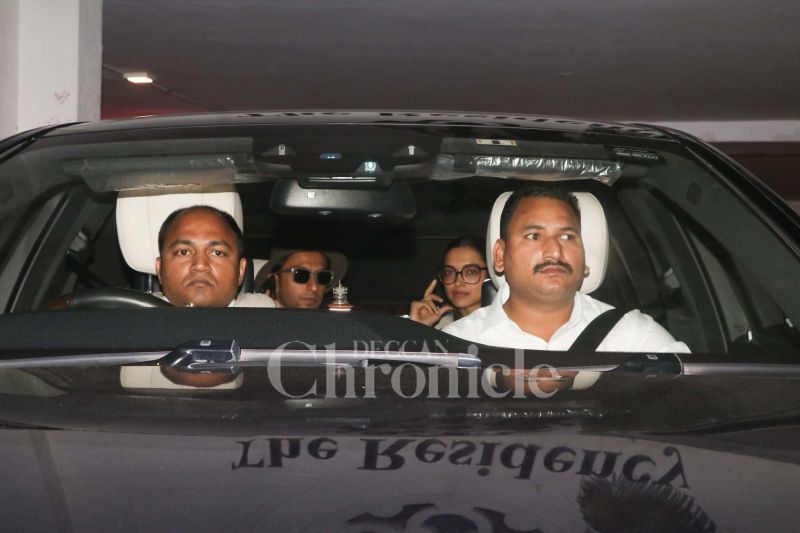 Ranveer Singh and Deepika Padukone, Sonakshi Sinha agrees are a couple who don’t accept they are a couple. It appears that the two are ready to go the Virushka way, as they do not confirm but speculations of their exotic beach wedding (somewhere around June) are going strong. 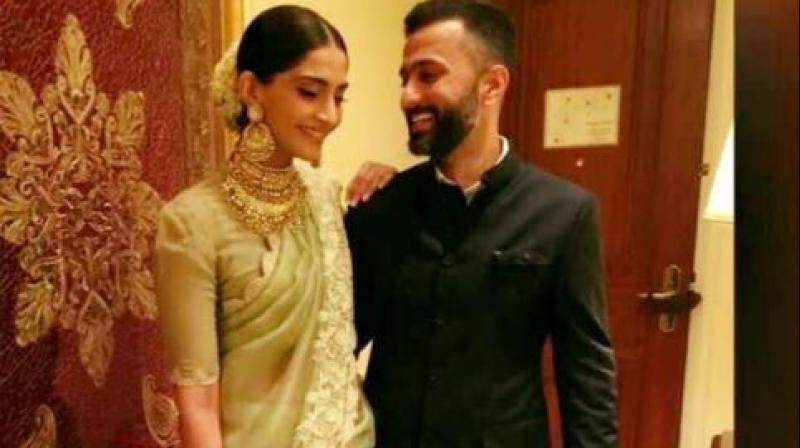 Sonam Kapoor has never come out in the open and declared her love for Anand Ahuja in front of the media. But their social media PDA suggests a completely different tale. These two also, it is being heard, might get married soon in a destination wedding (most probably London). 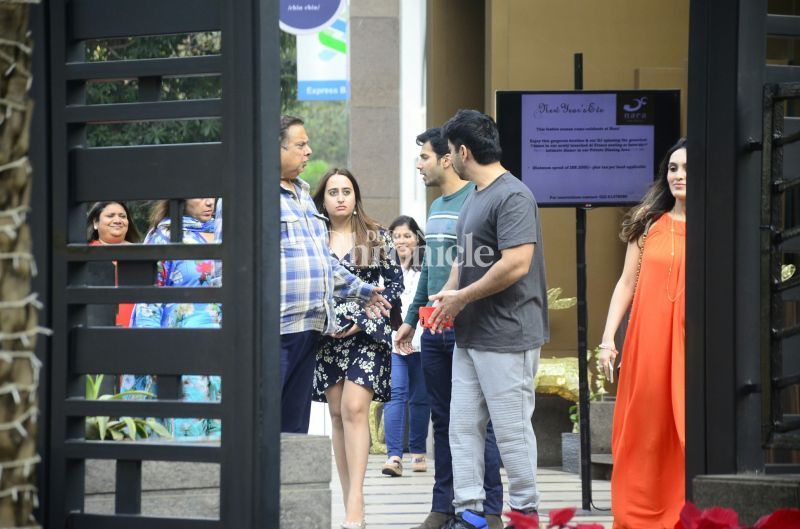 Varun Dhawan has accepted that marriage is on his mind. The actor has thrown hints at the media by holding Natasha Dalal’s hand in public numerous times. But he hasn’t accepted it, and by the looks of it, he might not come out in the open ever. On the brighter side, Natasha has become a part of Varun Dhawan’s family events. What more proof do you need? 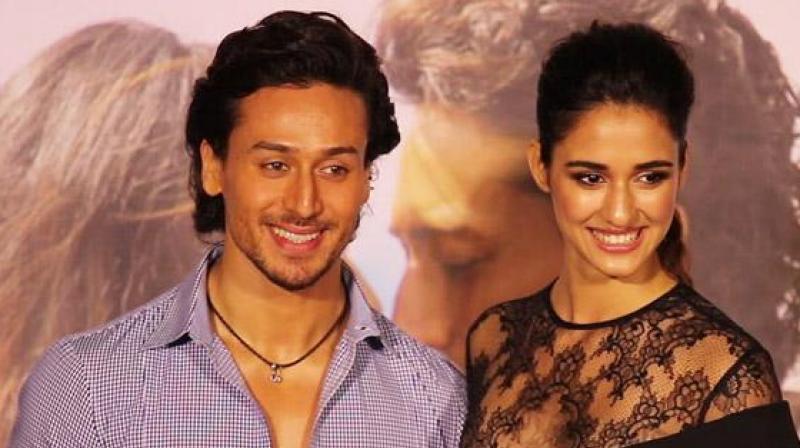 Tiger Shroff, it is believed, helped Disha Patani bag movies in Bollywood. The two are currently working together in ‘Baaghi 2’. They earlier sizzled in the music video ‘Befikra’. 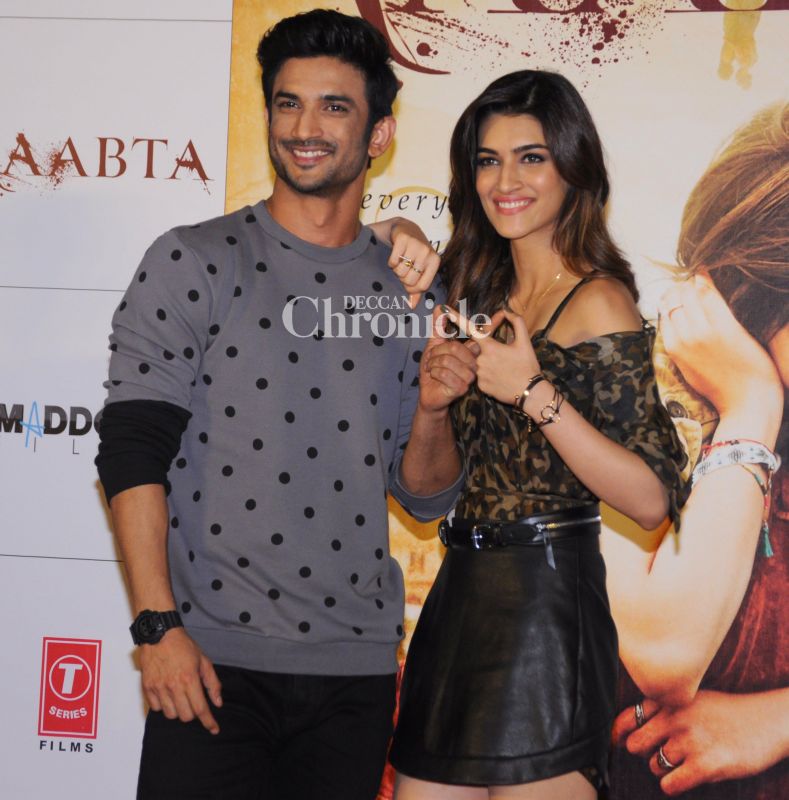 News of Sushant Singh Rajput and Kriti Sanon dating came when the two got close during the shooting of their film ‘Raabta’. They both were earlier roped in for ‘Half Girlfriend’, which they both walked out of, for their film. However, both the movies fizzled out at the Box Office. The two however? They seem to be going strong. 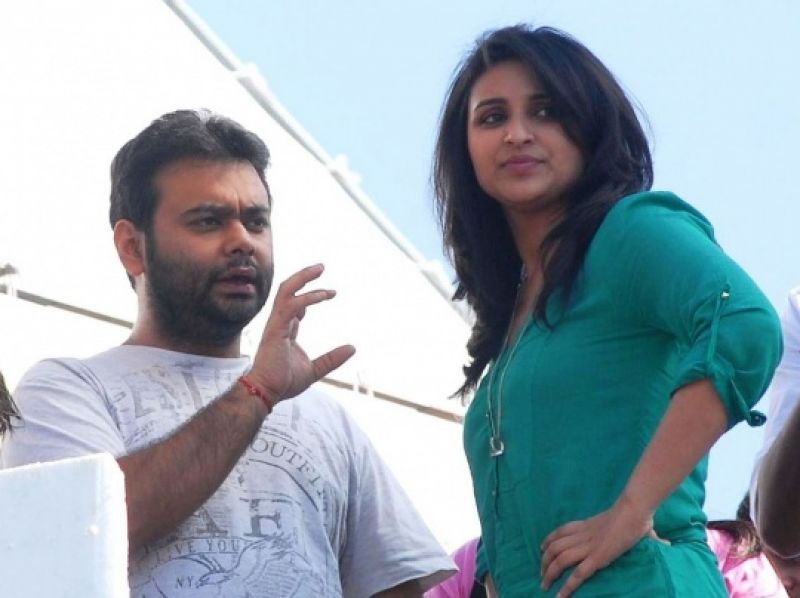 Parineeti Chopra and Maneesh Sharma spotted in a candid pose. 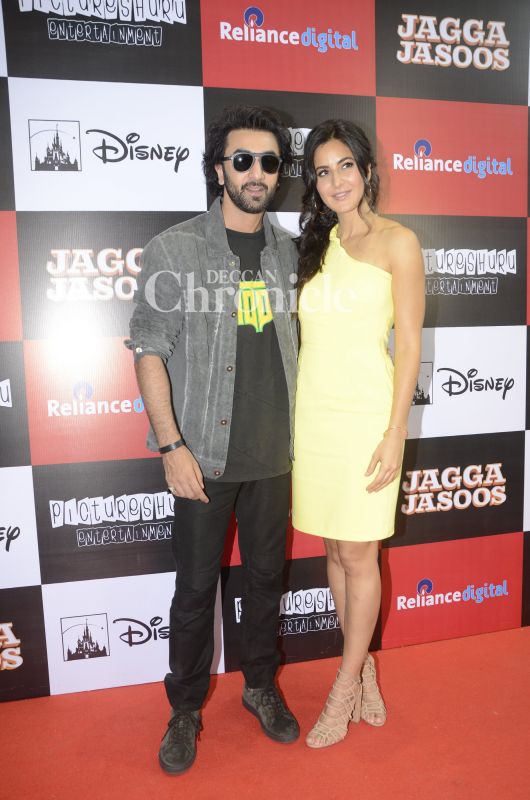 Ranbir Kapoor and Katrina Kaif went to the extent of buying a house together, but all of it was void, as the two broke up last year during the shooting of ‘Jagga Jasoos’. In fact it now looks like they will never work together again. 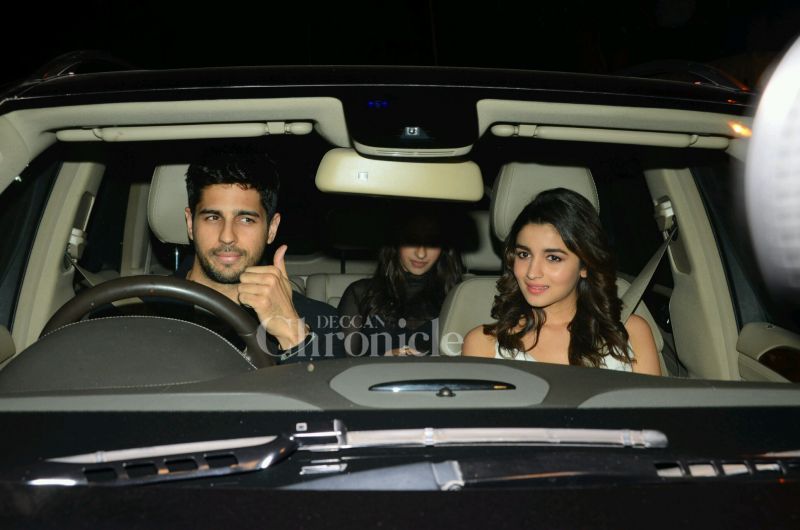 Sidharth Malhotra came in with is rumoured girlfriend Alia Bhatt, driving her himself.

Karan Johar reportedly played cupid in his students Alia Bhatt and Sidharth Malhotra’s life. He got them together, but it looks like the two got along with others better than their own selves, and hence the on-and-off relationship went into off mode. 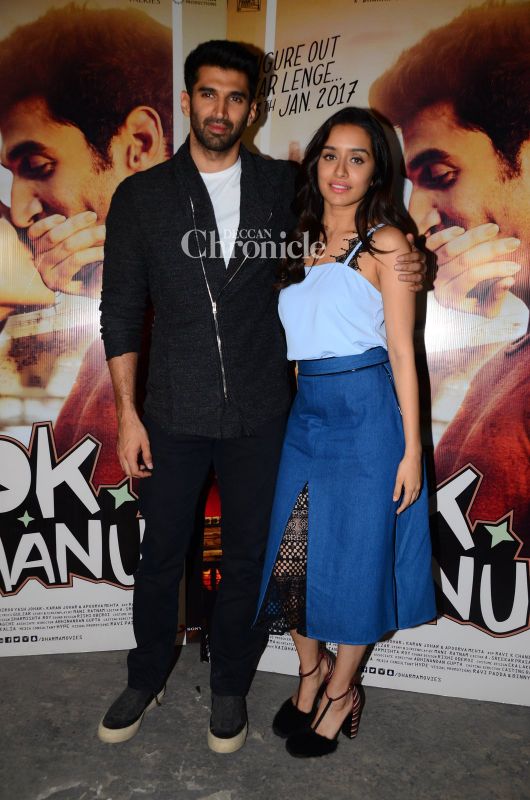 Aditya Roy Kapur and Shraddha Kapoor tasted success with Mohit Suri’s ‘Aashiqui 2’. The craze for their movie, and their chemistry was totally undeniable. The two broke up but let nothing come in between them, as they shot for ‘Ok Jaanu’ together, but like their relationship, the movie also didn’t work out. 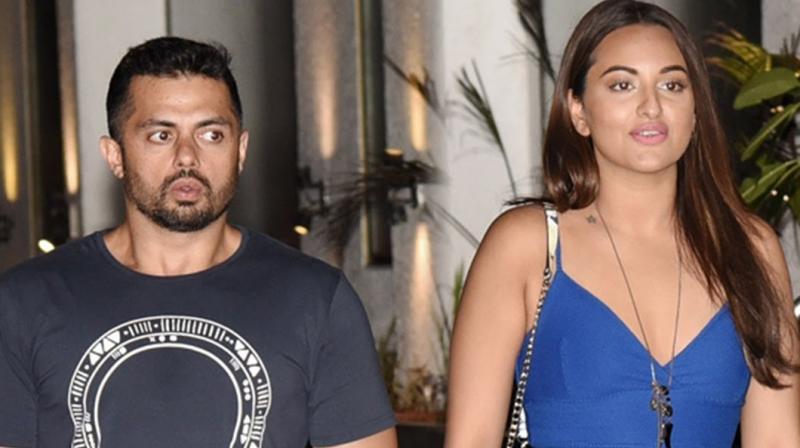 Sonakshi Sinha and Virat Kohli’s manager Bunty Sajdeh were believed to be dating for a brief period of time, though neither of them came out in the open to accept it. 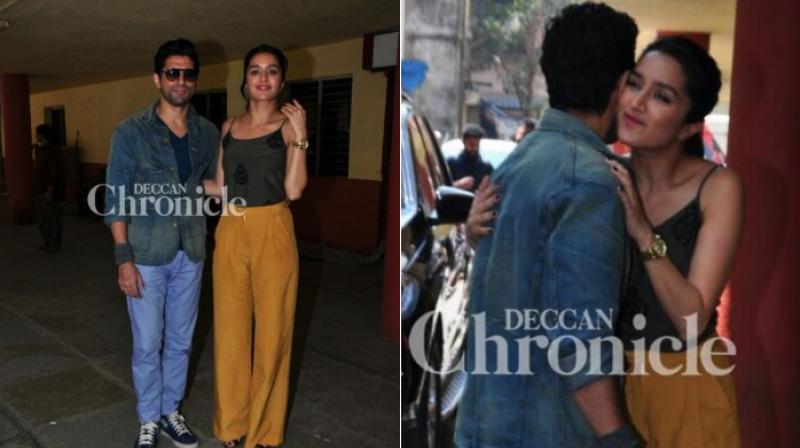 Farhan Akhtar and Shraddha Kapoor reportedly came a bit too close during the shooting of ‘Rock On! 2’. It supposedly went to the extent that Shraddha left her house to stay with divorcee Farhan, which her father Shakti Kapoor strongly opposed to. 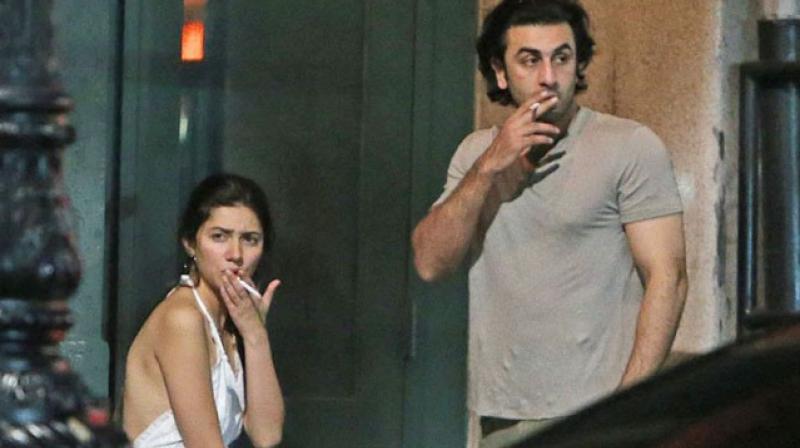 Ranbir Kapoor and Pakistani actress Mahira Khan’s (who worked in Bollywood with Shah Rukh Khan in ‘Raees’) leaked pictures from LA grabbed eyeballs. The two, it was strongly believed, were in a relationship, which they obviously never accepted. 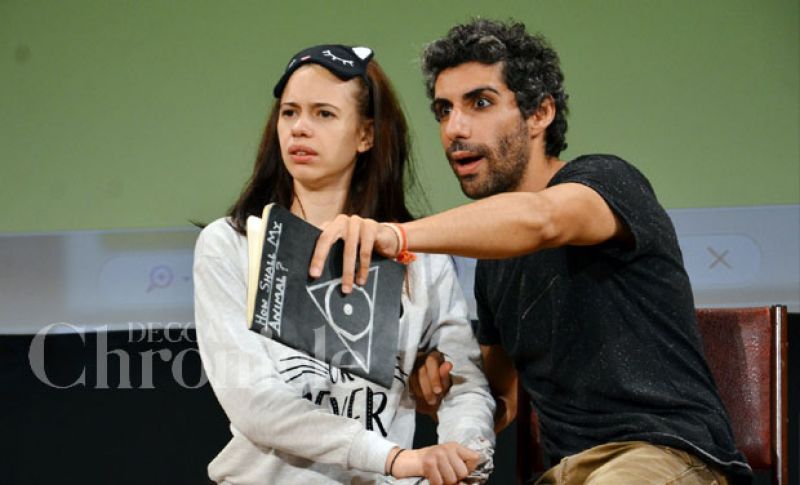 Kalki Koechlin and Jim Sarbh during a play.

Kalki Koechlin is believed to be dating Jim Sarbh, but after her divorce to Anurag Kashyap, it seems like the actress isn’t ready to speak about her personal life anymore. Jim recently appeared in the much-spoken-about Sanjay Leela Bhansali directorial 'Padmaavat' also starring Ranveer Singh and Deepika Padukone. 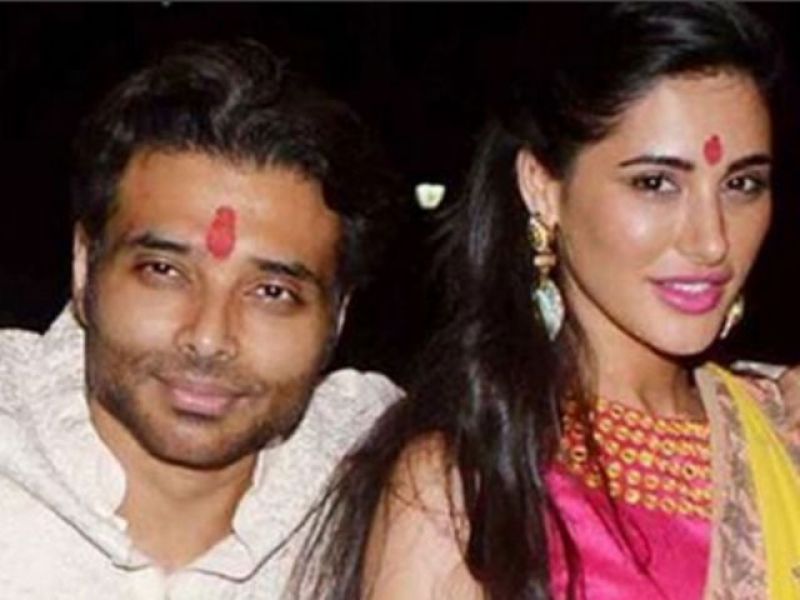 Nargis Fakhri and Uday Chopra were reportedly going to get married, but Uday left Nargis heartbroken, due to which the actress chose to move back to USA and has now found love there.