Pics: Ranbir Kapoor has beefed up well and is now the spitting image of Sanjay Dutt!

Mumbai: Ranbir Kapoor, who has been spending a lot of time with Sanjay Dutt to imbibe his mannerisms, has put on a lot of weight to do complete justice to Sanju Baba’s biopic which has been helmed by Rajkumar Hirani.

Besides studying Dutt closely, the actors have started bonding well and, in a recent picture on social media, look like brothers. Not only do their droopy eyes match, a healthy Kapoor bears a striking resemble to Dutt. 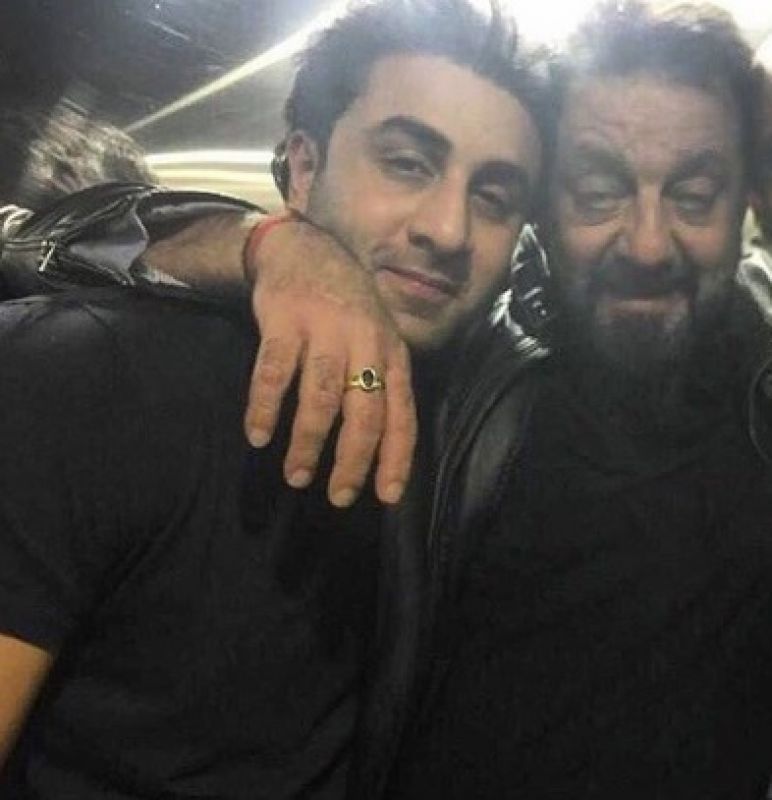 The untitled film will reportedly see Ranbir in three looks- lean, beefed up and worn out. Anushka Sharma, Sonam Kapoor and Dia Mirza will also have crucial roles to play in the film. Dutt’s late actor-turned-politician father, Sunil Dutt’s role will be played by Paresh Rawal.

■Watch: After Madhuri, Sanjay Dutt gives Varun-Alia’s Tamma Tamma thumbs up
■Sharad Kelkar to play villain against Sanjay Dutt in his comeback film Bhoomi
■'Youth have lot to learn from his mistakes': Ranbir on Sanjay Dutt
■Sanjay Dutt once rushed to Rishi Kapoor’s house to beat him up over a woman?
■Pak commentator Ramiz Raja claims to be making film on terrorism with Sanjay Dutt
■Exclusive: Madhuri Dixit Nene wants no mention in Sanjay Dutt biopic
■Manisha Koirala to play Sanjay Dutt’s mother Nargis in Ranbir starrer biopic
■Sanjay Dutt, whose biopic is under process, wanted to play his father in the film?
■Ranbir watches whopping 250 hours of Sanjay Dutt's videos to prep for biopic
■Aditi Rao Hydari is Bhoomi in Sanjay Dutt’s comeback film