Mumbai: Karan Johar’s latest season of 'Koffee with Karan' has been running since past two months. The show is coming to an end very soon, which reminds us of Koffee Awards that usually happens at the end of every season in the presence of celebrity judges who help Karan in giving out the awards. 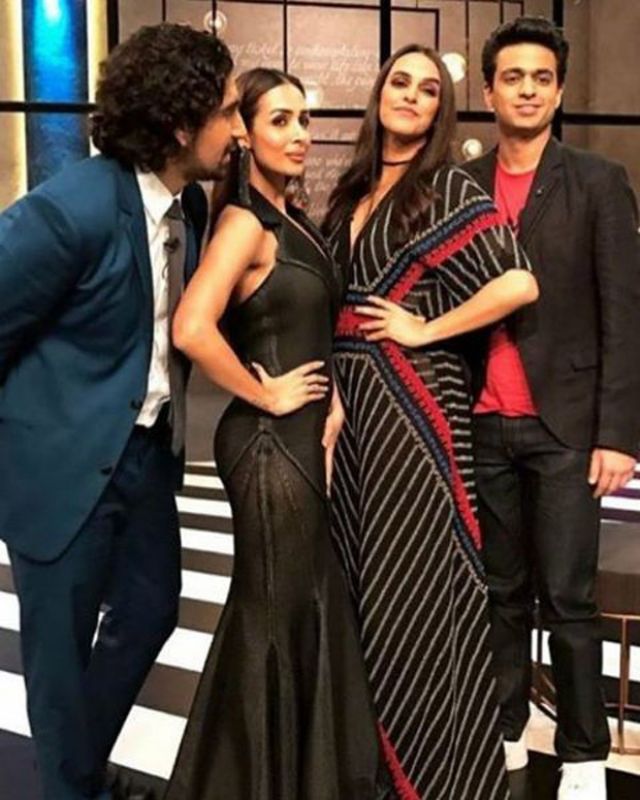 All the four celebrities were given gift hampers by the host after their jury stint. Neha and Malaika took to social media to share the picture of their hampers. 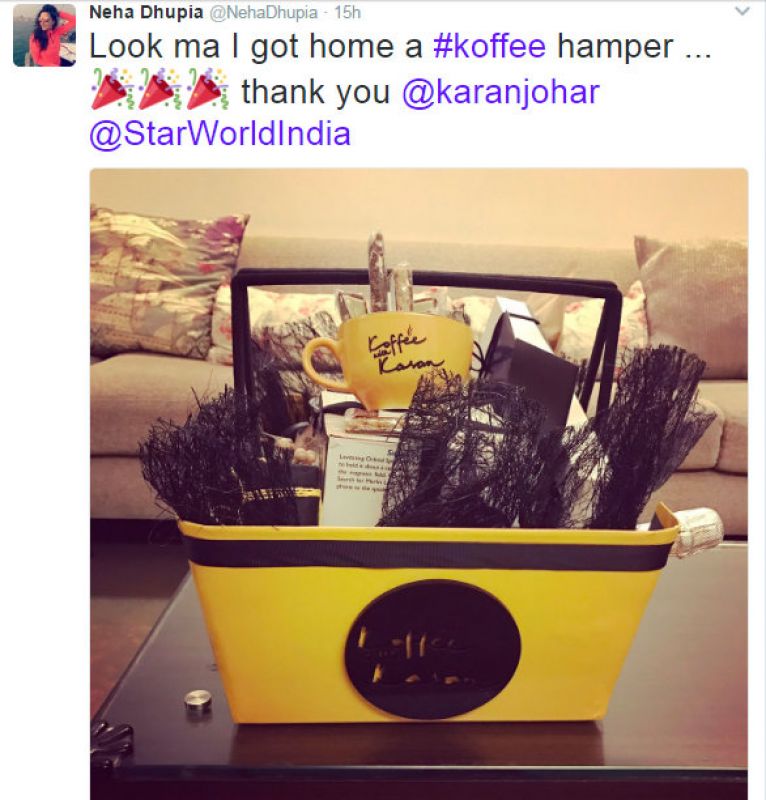 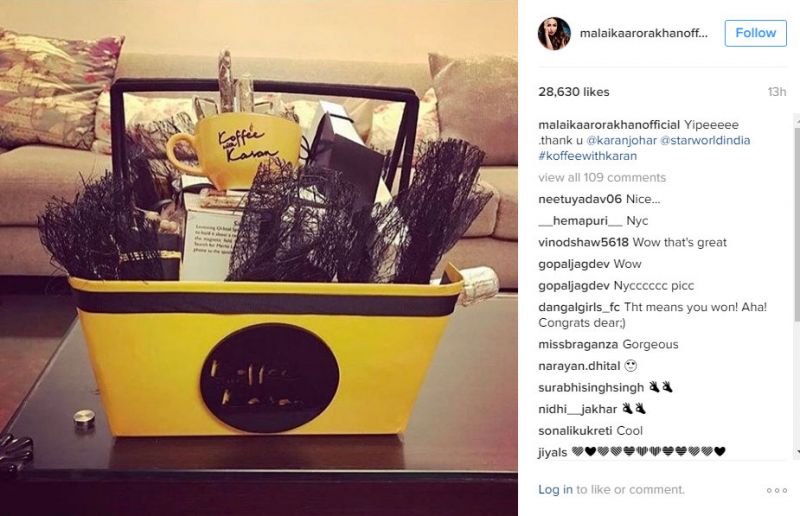