Shirt-off is an annual garage sale that the actor hosts to fund the education of a little girl —Swati—who he adopted when she was four.

Harshrvardhan Rane is preparing for his calendar event, Shirt-off. Unlike what it sounds like, the event has nothing to do with the actor being bare-bodied. Shirt-off is an annual garage sale that the actor hosts to fund the education of a little girl —Swati—who he adopted when she was four.

Explaining the rationale behind the initiative and its quirky name he says, “It’s called so because I was giving my shirts away and turning them into notebooks, in a way. I was thinking of a way to secure a girl child's education. People used to call me for donations and I couldn't relate to that because I have spent most of my life trying to support myself. Earlier I thought that I’d make furniture and give it to orphanages, but that wasn't a practical thought. Then I thought I would give away clothes, but that wouldn't help much either. That’s when I thought of a garage sale, the proceeds of which, go towards Swati’s education.” 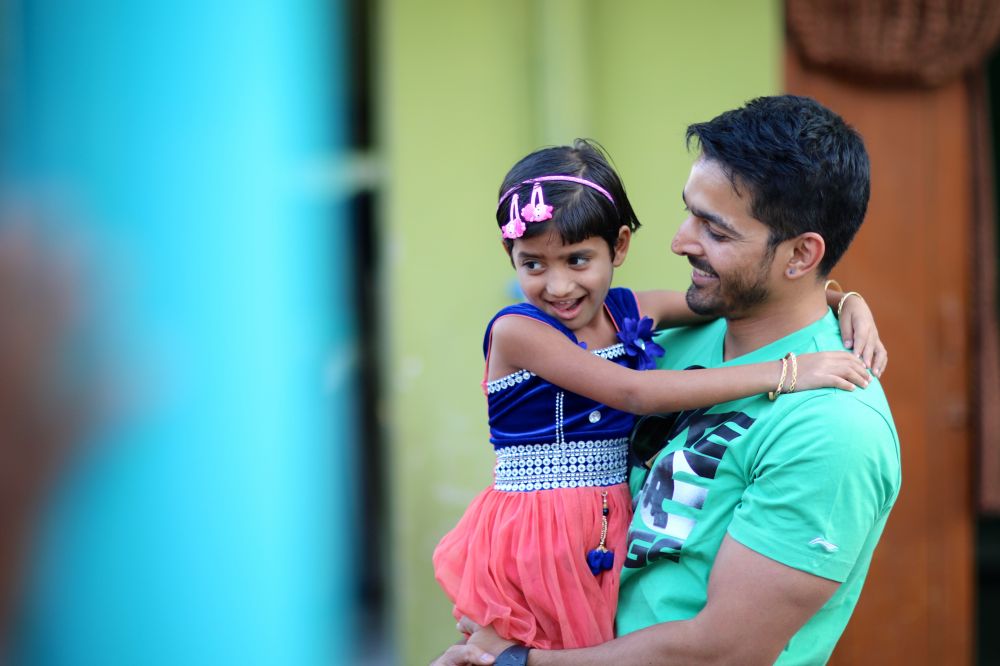 This is the third year in a row that Harshvardhan has hosted the sale. And this time around, the clothes that he wore for his Bollywood debut Sanam Teri Kasam are up for grabs. 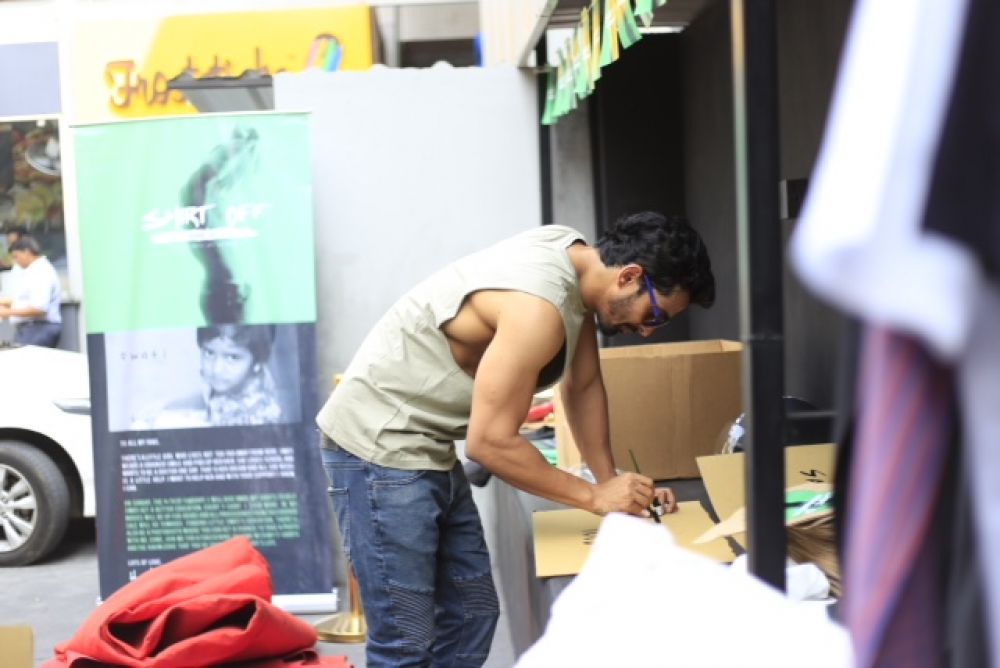 “I organise the sale of clothes that I have worn in my films. They went for anything between Rs 1,000 and 2,500 last year. The sale is very organic — no glamour or high tea involved. My friends do the artwork and some others sponsor the refreshments. They all pitch in whatever way they can,” he says adding, “It goes on for three hours and at the end of it, there’s at least one girl who doesn’t have to worry about her education.”

In this case, it’s Swati. “She tops the class and wants to become a doctor,” he adds. 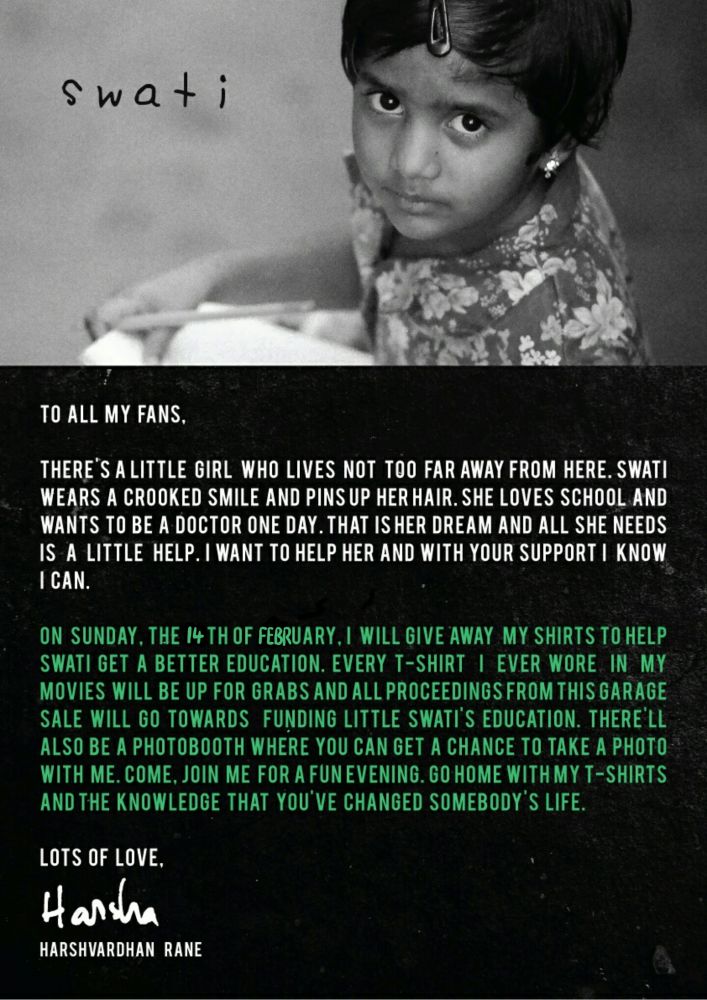